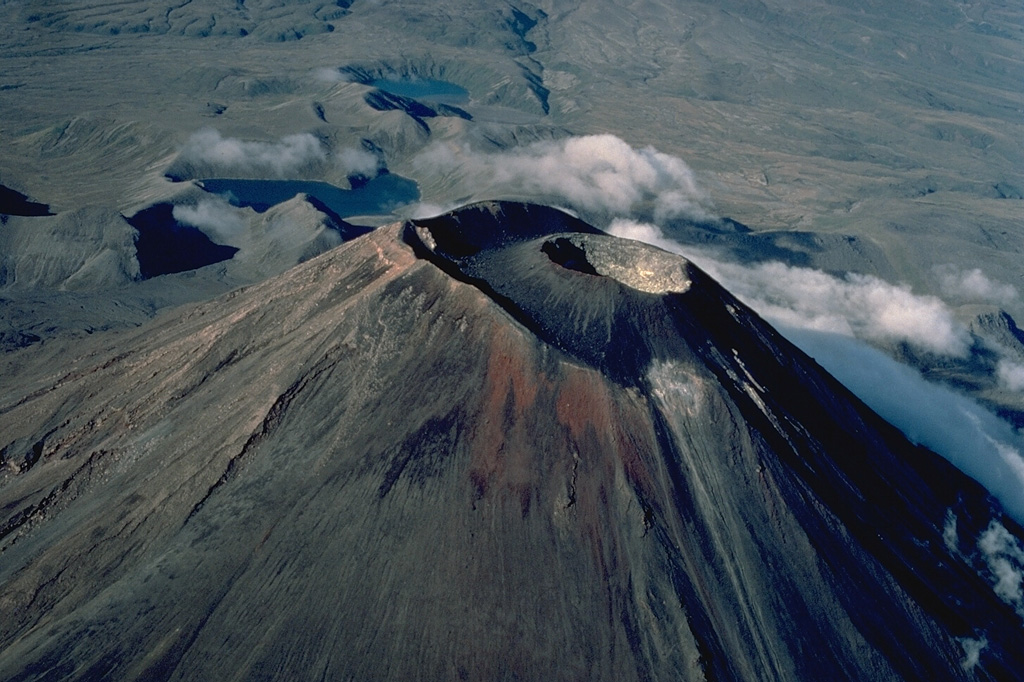 Symmetrical Ngāuruhoe volcano, seen here in an aerial view from the NE, contains a compound summit crater. The most recent eruptions have occurred from the crater of a small cinder cone that was constructed within the outer summit crater beginning in 1954. Ngāuruhoe is one of New Zealand's most active volcanoes; frequent changes in the morphology of the summit crater have been documented during historical eruptions. The two lakes in the background are the Tama Lakes, flank vents of Ruapehu volcano.