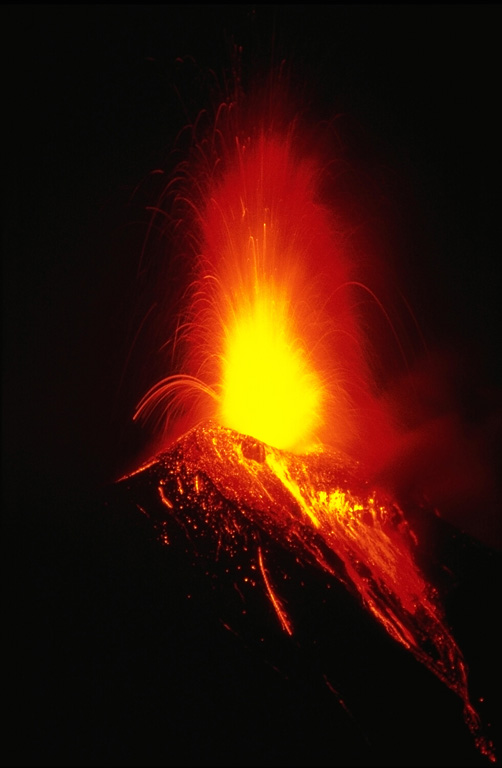 Strombolian eruptions the night of 20 November 1985 ejected incandescent bombs that fell back around the crater and tumbled down the upper flanks. Vigorous Strombolian eruptions resulted in the accumulation of large amounts of unstable material on the upper flanks that produced incandescent avalanches reaching out to 5 km from the crater. This photo was taken three days after the start of the week-long eruption. Lava flows also effused from the summit crater and traveled down the NW flank.