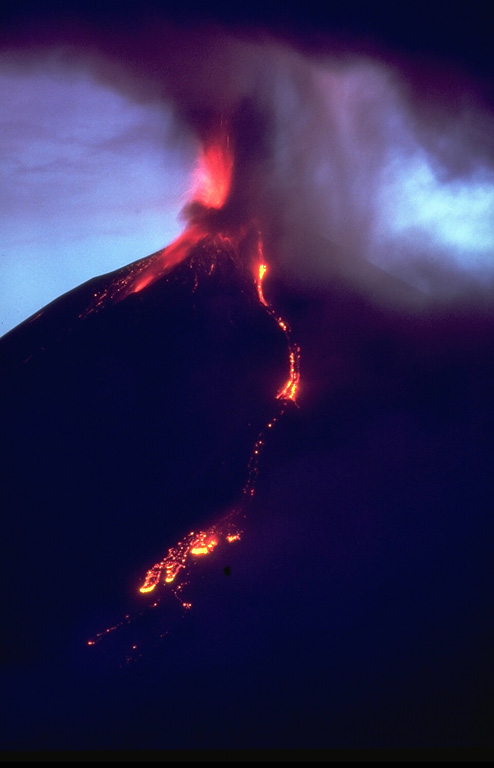 Incandescent lava flows descend the NW flank of Ulawun at dusk on 21 November 1985 as Strombolian activity occurs at the summit. Strombolian explosions began with the onset of the eruption on 17 November. Lava flows began descending the N slope the next day and eventually reached 5.5 km from the summit. On 20 November an ash plume reached an altitude of 7-8 km. The eruption ended the day after this photo was taken.