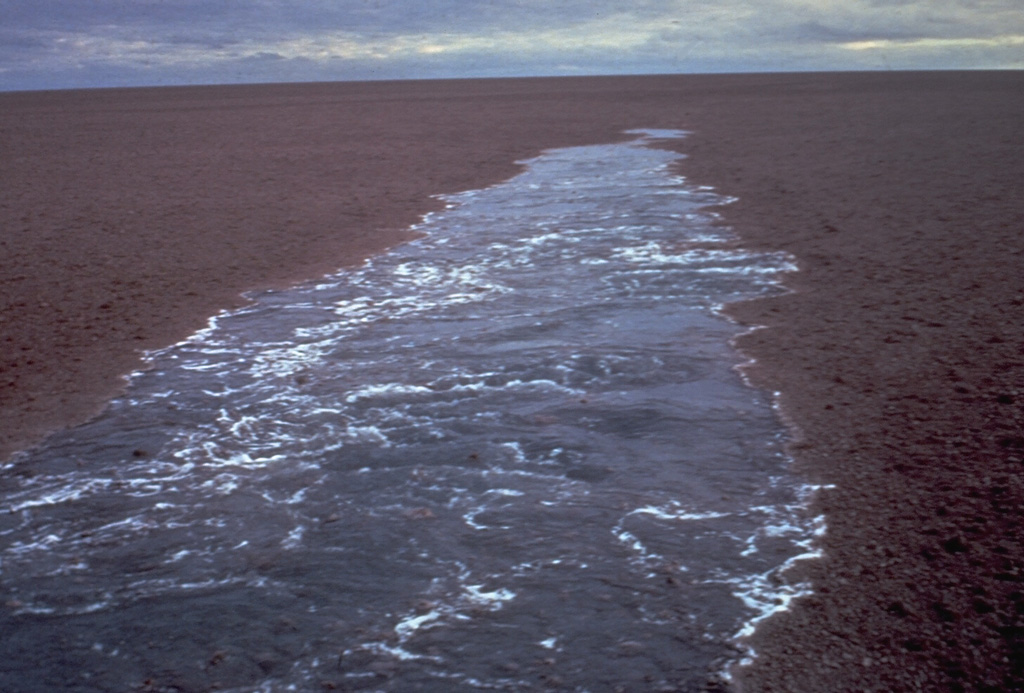 A raft of floating pumice from a July 1973 submarine eruption behind the wake of a ship. This was the first report of an eruption from the Curacoa submarine volcano in the northern Tonga Islands. The pumice raft covered an area of more than 100 km2 and was encountered by a ship 200 km to the W nearly two weeks after the start of the eruption. Another eruption was observed in the same general area in 1979.

Photo by the crew of the vessel "Port Nicholson," 1973 (courtesy of Tom Simkin, Smithsonian Institution). 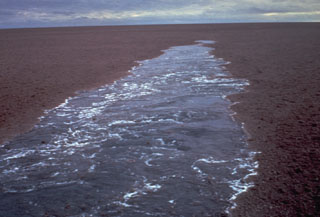