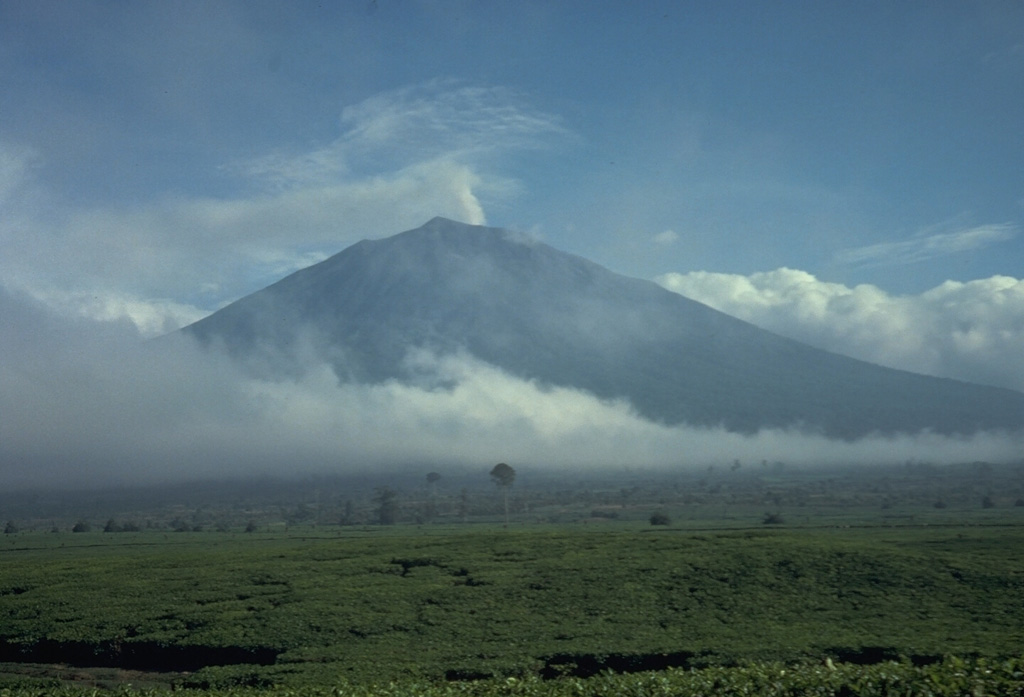 Kerinci is Indonesia's highest volcano, and one of its most active, and is seen here above tea plantations to the south. A small plume rises from the unvegetated summit that has a cone containing a 600-m-wide summit crater over 400 m deep with a crater lake at the bottom. Frequent small-to-moderate explosive eruptions have occurred in historical time.