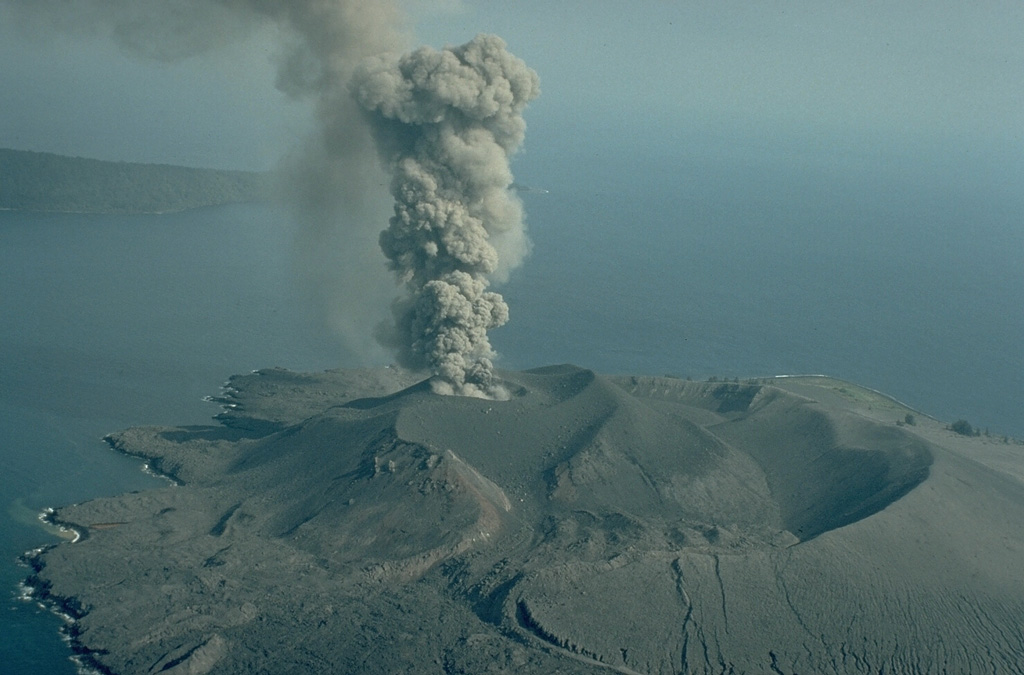 An ash-rich eruption column rises above the 1978 crater of Anak Krakatau on 12 September 1979. Explosive activity began in mid-July 1979 and continued until November. A lava flow was emplaced during 18-21 September. Verlaten Island, part of the rim of Krakatau caldera, appears in the background to the NW.