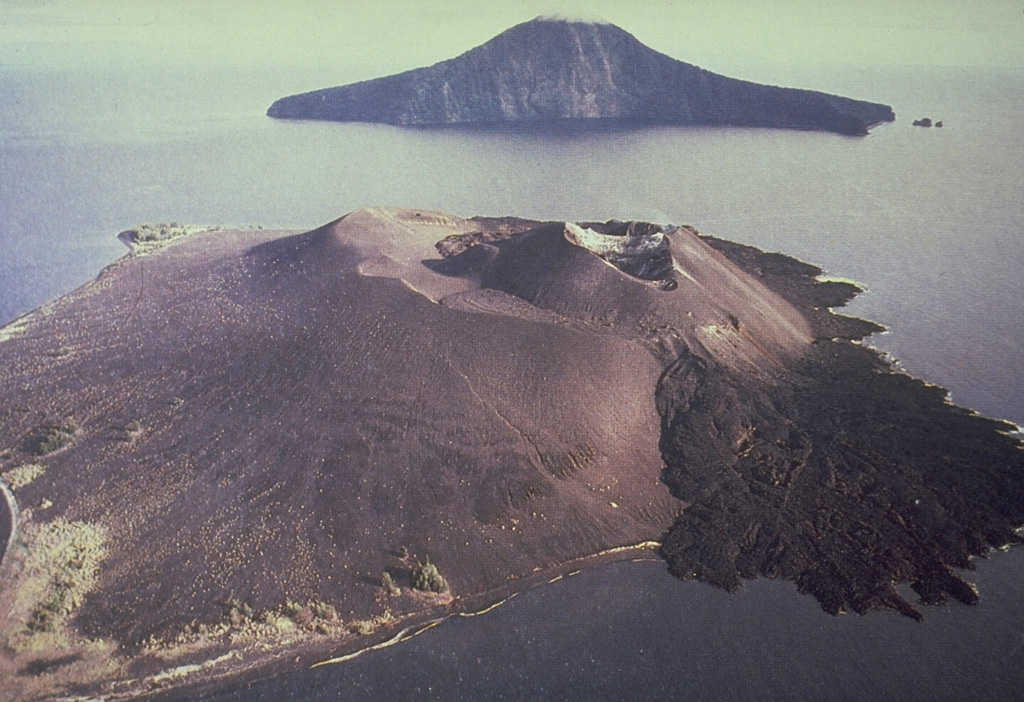 Krakatau volcano lies in the Sunda Strait between Sumatra and Java. The historic eruption of 1883 destroyed much of Krakatau Island, forming a submarine caldera and producing detonations that were heard as far away as Australia, and numerous smaller eruptions have occurred since. Rakata Island in the background is the truncated rim of the 1883 caldera. Anak Krakatau in the foreground is a post-caldera cone that first breached the surface of the sea in 1928 and has been in frequent activity since then. The black lava flow at the right side of the photo was erupted in 1975.