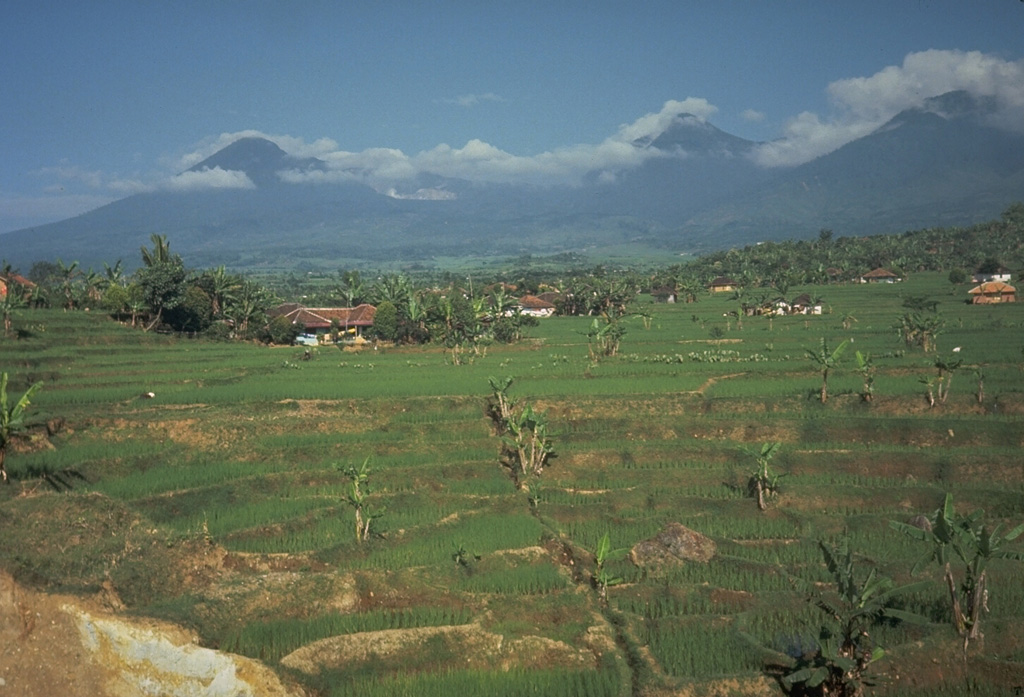 The collapse of the summit of Papandayan volcano on 8 August 1772 produced a debris avalanche that swept over lowland areas to the east, destroying 40 villages and killing 2,957 people. The farmlands in the foreground of this photo are underlain by the deposits from this avalanche, which traveled 11 km from the volcano. The collapse event was accompanied by a 5-minute-long explosive eruption.