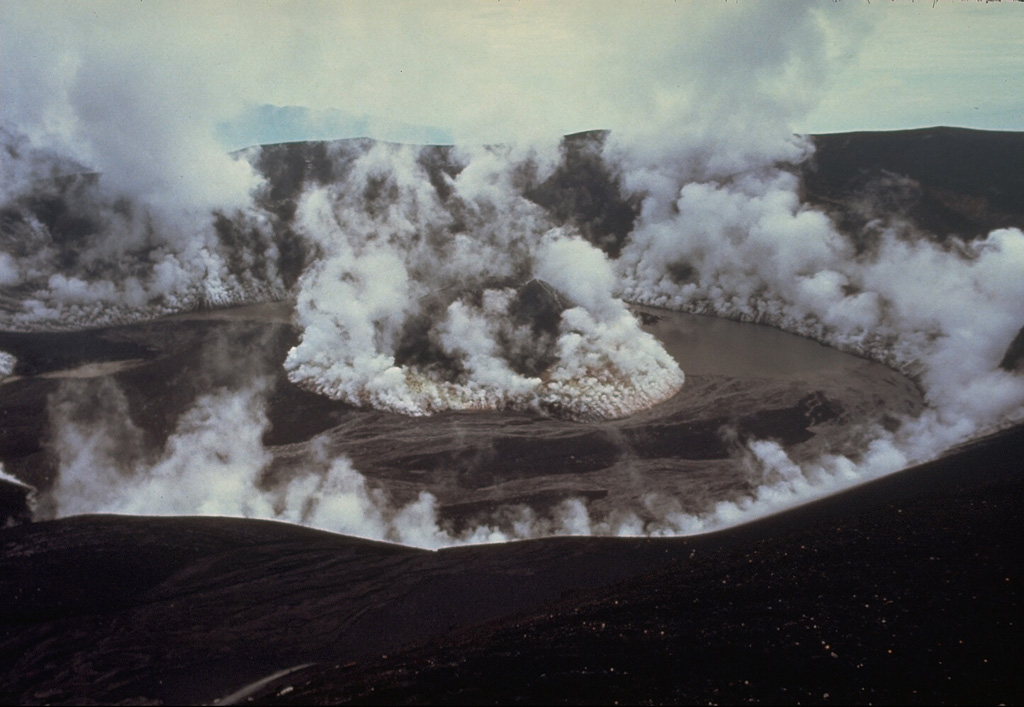 The degassing crater of Galunggung volcano on 5 February 1983, a month after the end of the 1982-83 eruption. Plumes are shown rising from a late-stage scoria cone that formed in the center of the crater and from the margins of the crater wall. A lake that had begun to form in the crater at the time of this photo eventually grew to cover the cone.