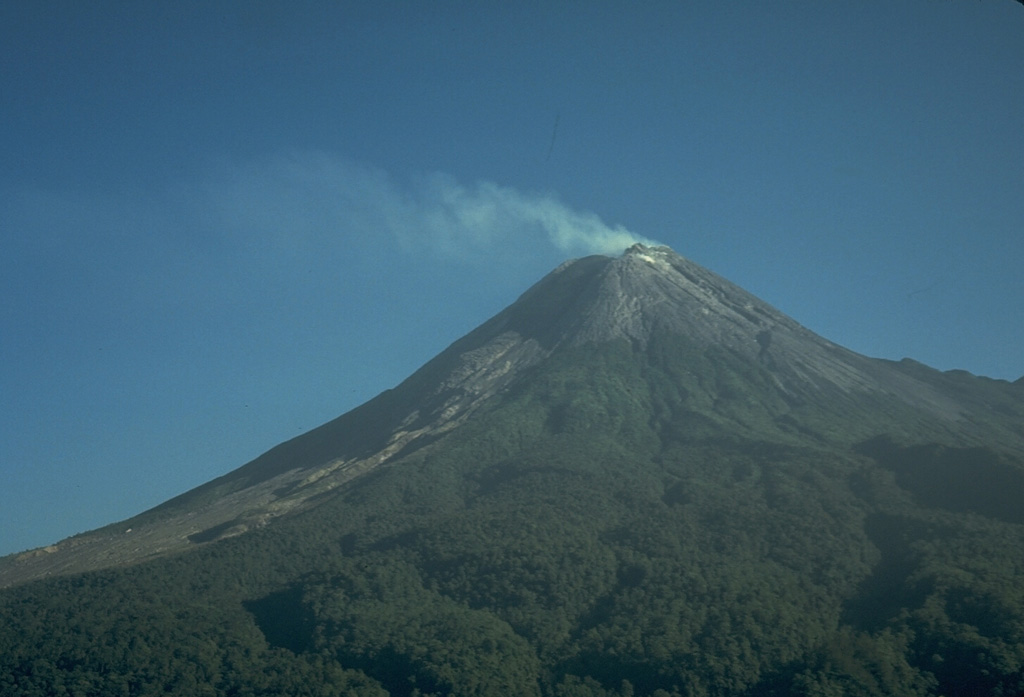 A gas plume is blown to the west from the summit of Merapi volcano on 7 December 1986, accompanying growth of a new lava dome. Small-to-moderate explosive eruptions began in October 1972. Periodic collapse of the growing lava dome produced pyroclastic flows (block-and-ash flows) and lahars that damaged cultivated lands on the SW flank of the volcano.