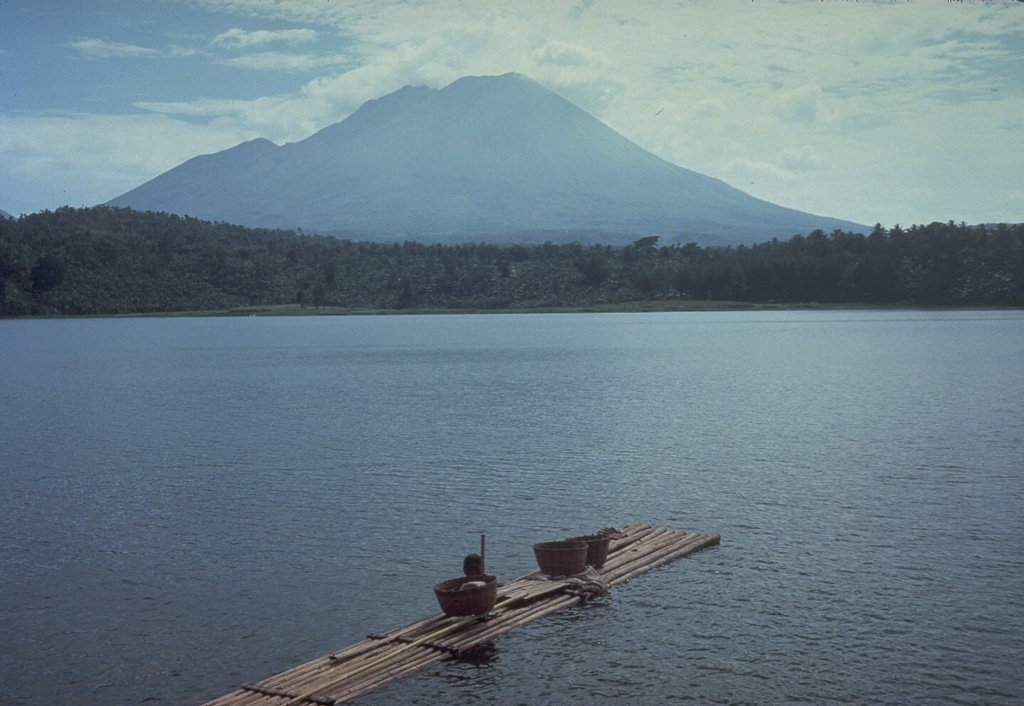 Lamongan, a small volcano located between the massive Tengger and Iyang-Argapura volcanoes, rises above Lamongan Lake on its western flank. Ranu Lamongan lake fills one of 27 maars that surround the volcano, that have diameters ranging from 150 to 700 m. There have been frequent explosive eruptions, mostly from the summit crater, during the 19th century.