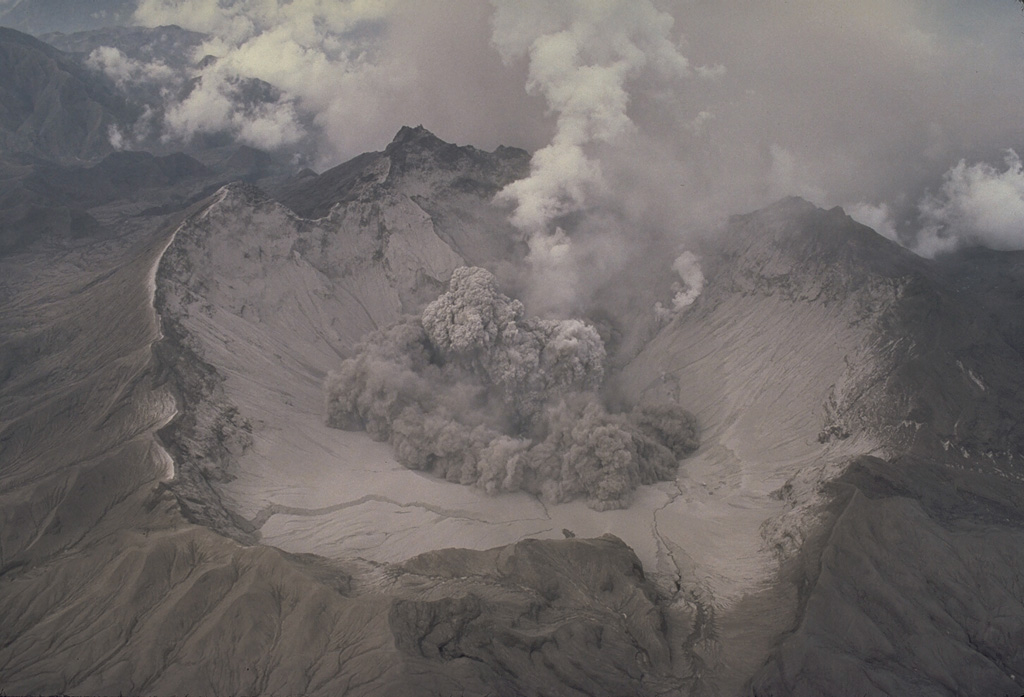 The beginning of a small explosion within the new summit caldera of Pinatubo is seen from the NE on 1 August 1991. After the 2.5-km-wide caldera formed during the 15 June climactic eruption, frequent ash emission lasted through much of July. The caldera floor became visible for the first time when activity changed to intermittent explosions. By September 1991 a lake began to form from the accumulation of rainwater and groundwater from within the volcano; it eventually expanded to cover the caldera floor.