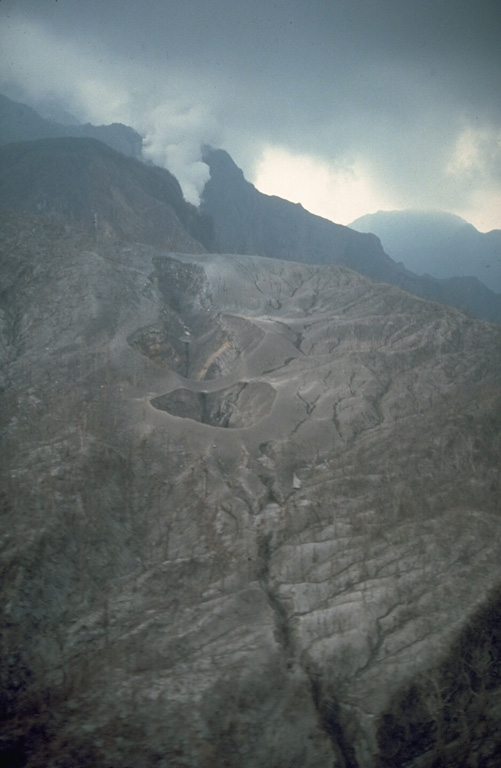 The 1991 eruption of Pinatubo began on 2 April with a small phreatic eruption on the upper NW flank. The eruptions formed several craters along a 1.5-km-long, E-W-trending alignment. Steam rises from a vent at the SW end of the fissure. Activity continued at two of these vents through April-May and increased prior to extrusion of a small lava dome at a NW-flank vent on 7 June.