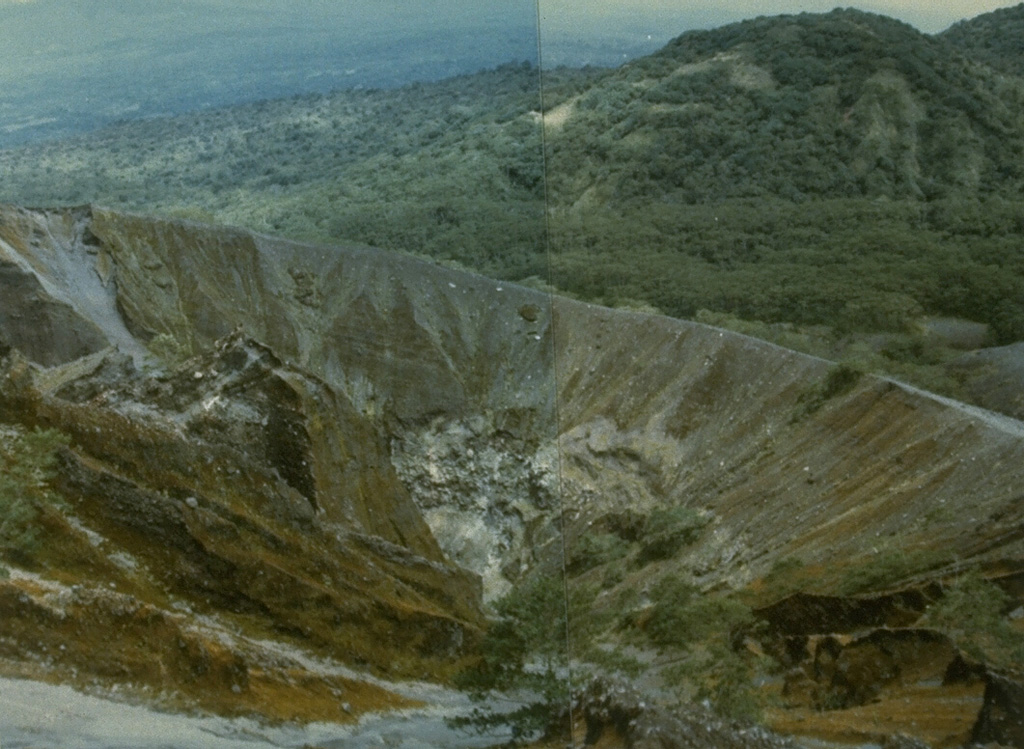 An eruption during 1950-51 formed the crater in the foreground within the larger Kaba Vogelsang crater on the upper ENE flank of Kaba volcano. The eruption began in March 1950 and lasted until April of the following year. An eruption on 7 March 1951 resulted in ashfall that destroyed forests on the volcano, and incandescent bombs were ejected on 2 March.