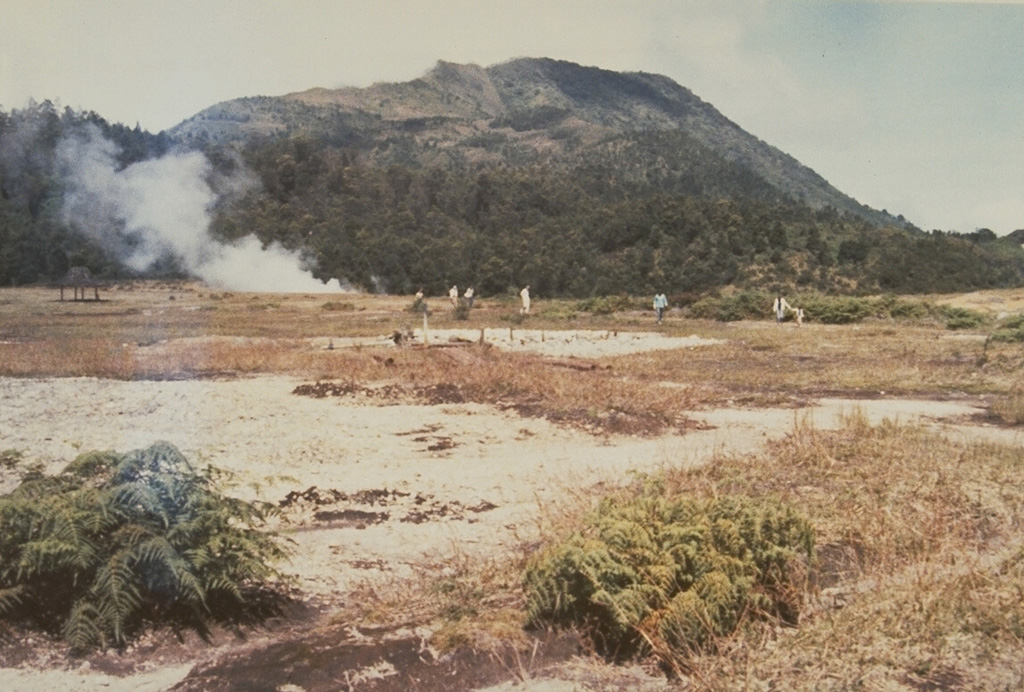 A plume rises from the Kawah Sikidang thermal area, one of the most visited in the Dieng volcanic complex. The Bisma cone is in the background to the SW. Kawah Sikidang is one of several craters at Dieng that have produced phreatic eruptions during historical time.