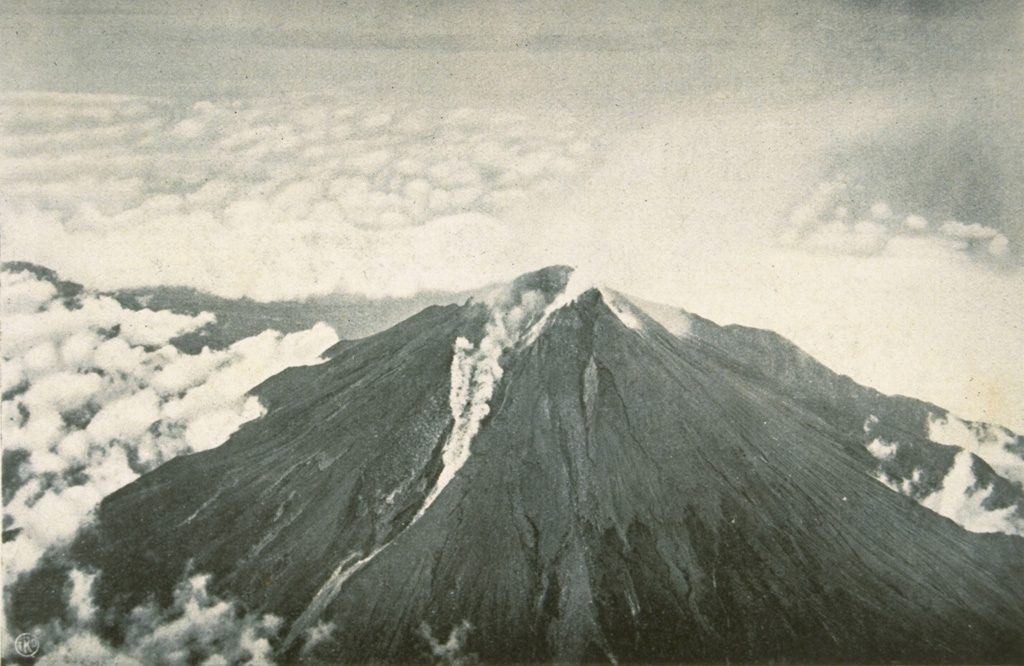 A small pyroclastic flow is shown traveling down the western flank from the breached crater of Merapi volcano in December 1930. A much larger pyroclastic flow that month traveled 12 km from the volcano, totally or partially destroying 42 villages and killing 1,369 people in one of Merapi's deadliest eruptions. Explosions had begun on 22 November 1930, accompanied by growth of a new lava dome and extrusion of a lava flow. Dome growth and associated pyroclastic flows (block-and-ash flows) continued until October 1931.