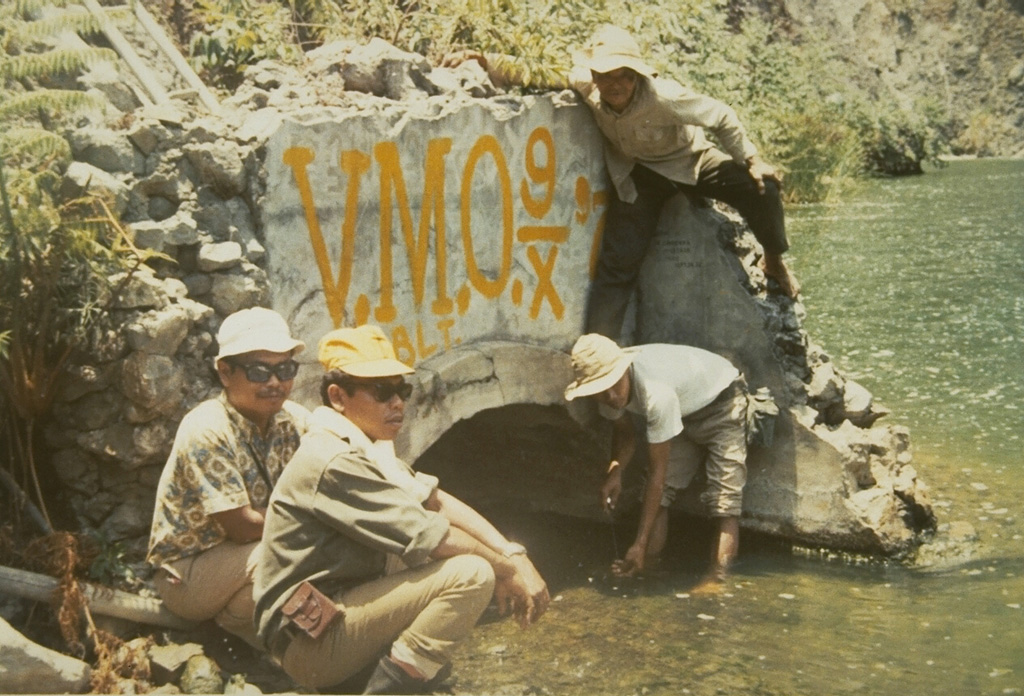 Volcanological Survey of Indonesia scientists measure water levels at a drainage tunnel of Kelud crater lake in 1973. A series of drainage tunnels and shafts were constructed following the devastating 1919 eruption that killed 5,110 people to decrease the amount of water in the summit crater lake. Loss of life from devastating lahars produced by the explosive ejection of crater lake water has been significantly reduced in subsequent eruptions, although a new tunnel needed to be installed after a 1951 eruption deepened the crater by 70 m.