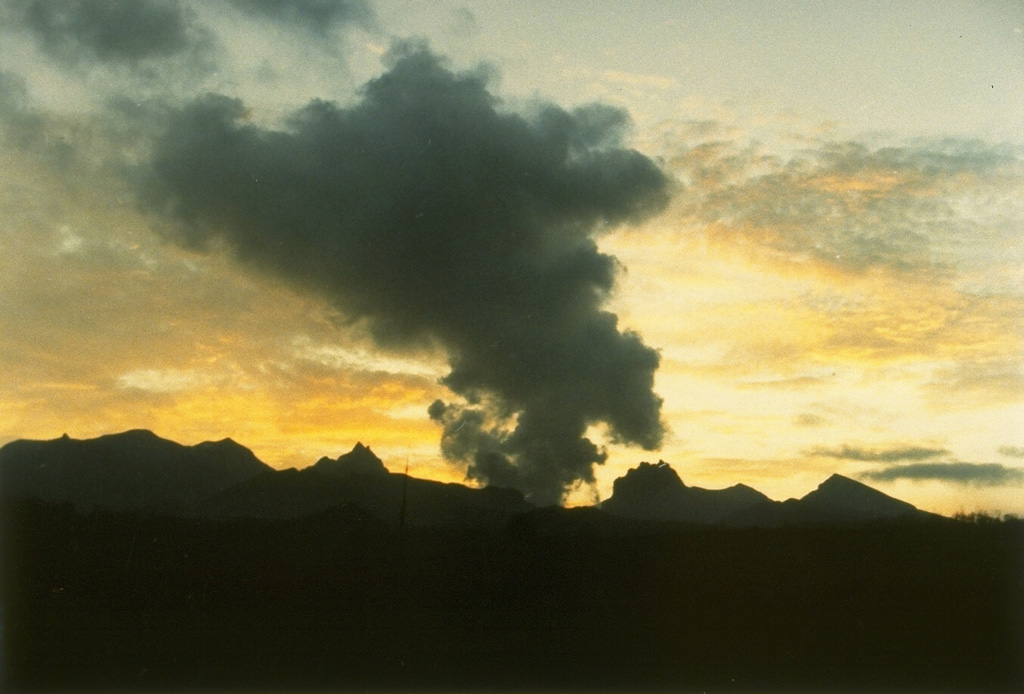 Explosive eruption of Kelut in February 1990 seen from the Volcanological Survey of Indonesia observation post on the west side of the volcano. This eruption emptied the crater lake and produced pyroclastic flows that traveled 7-8 km. A series of lava domes gives the summit of Kelut a broad, irregular profile.