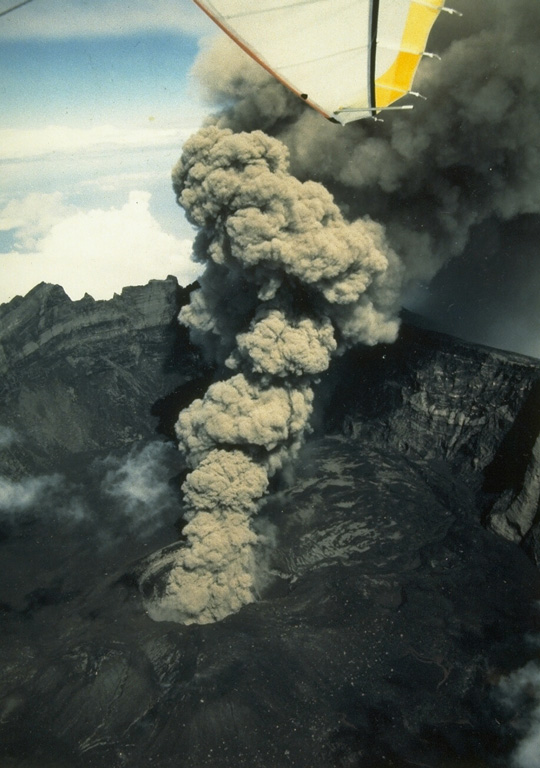 An eruption plume from a scoria cone on the floor of the 2-km-wide Raung caldera rises high above the caldera rim in July 1988. Frequent explosive eruptions occurred at Raung from 1987 through July 1989. During August and September 1988 more than 300-400 individual eruptions were recorded.