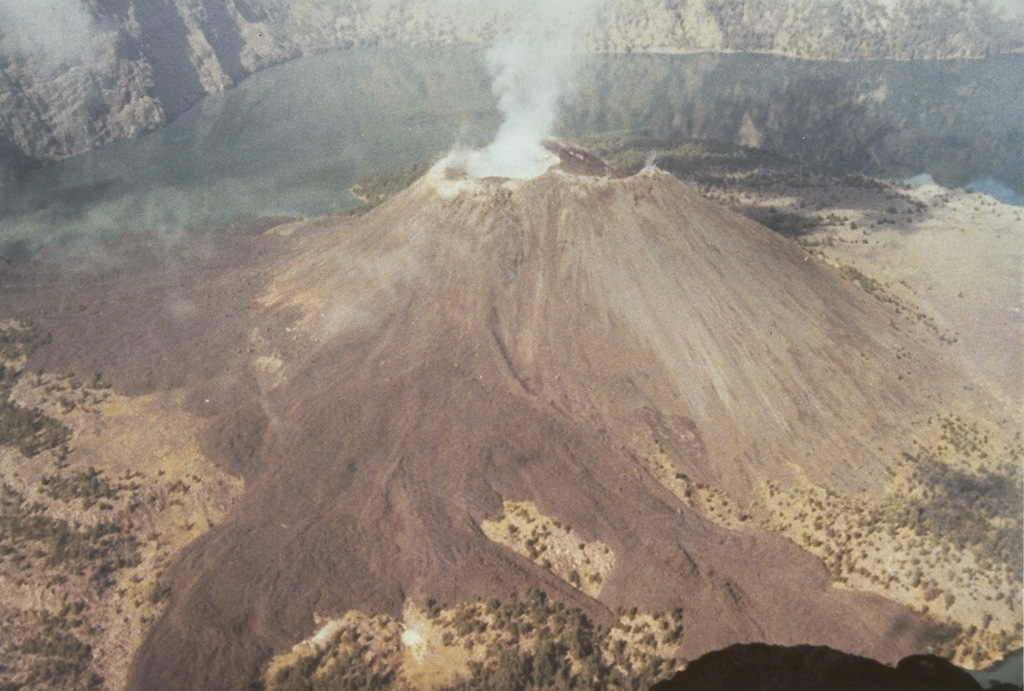 An eruption from a vent on the upper E flank of Barujari cone in 1966 produced the lava flows that can be seen extending into the caldera lake in this 1973 photo from the NE caldera rim. The flows traveled N into an inlet of Segara Anak (lower right) and S into Segara Endut inlet. In 1966 explosive eruptions formed a new small cone that fed the lava flows, which eventually covered a 600 x 1,700 m area. On 5-8 August activity increased and produced an ash plume.