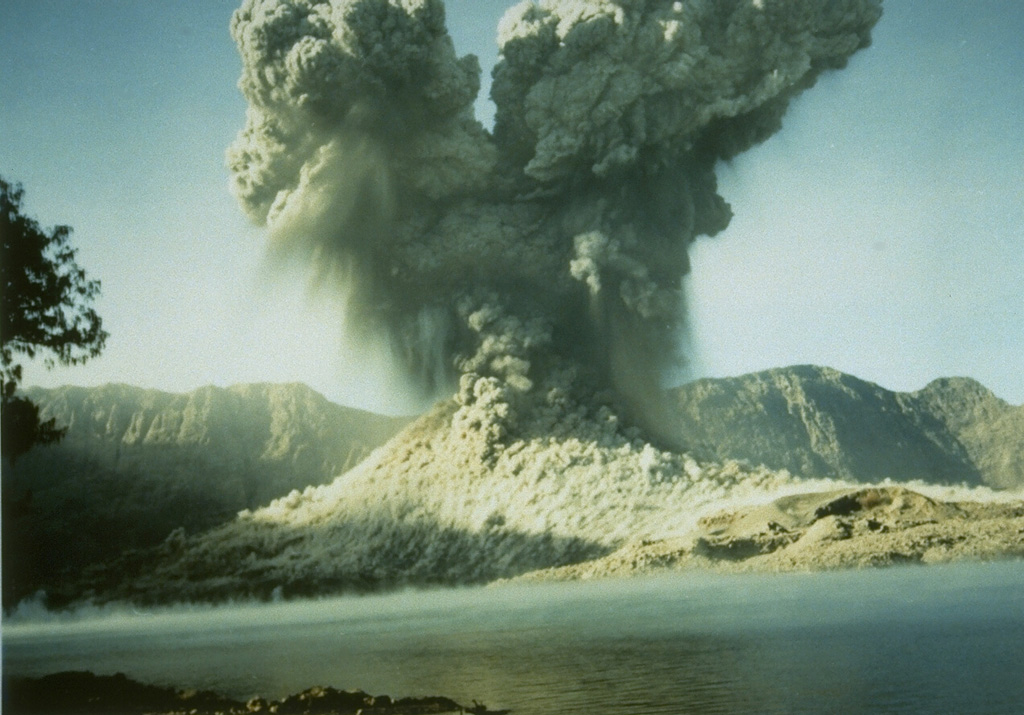 A 2-km-high ash plume rises above Barujari cone at Rinjani volcano on 9 June 1994 in this view looking S across the caldera lake with the Segara Anak caldera wall in the background. A small pyroclastic flow can be seen descending from the crater. The 1994 eruption began on 3 June and lasted until 21 November.