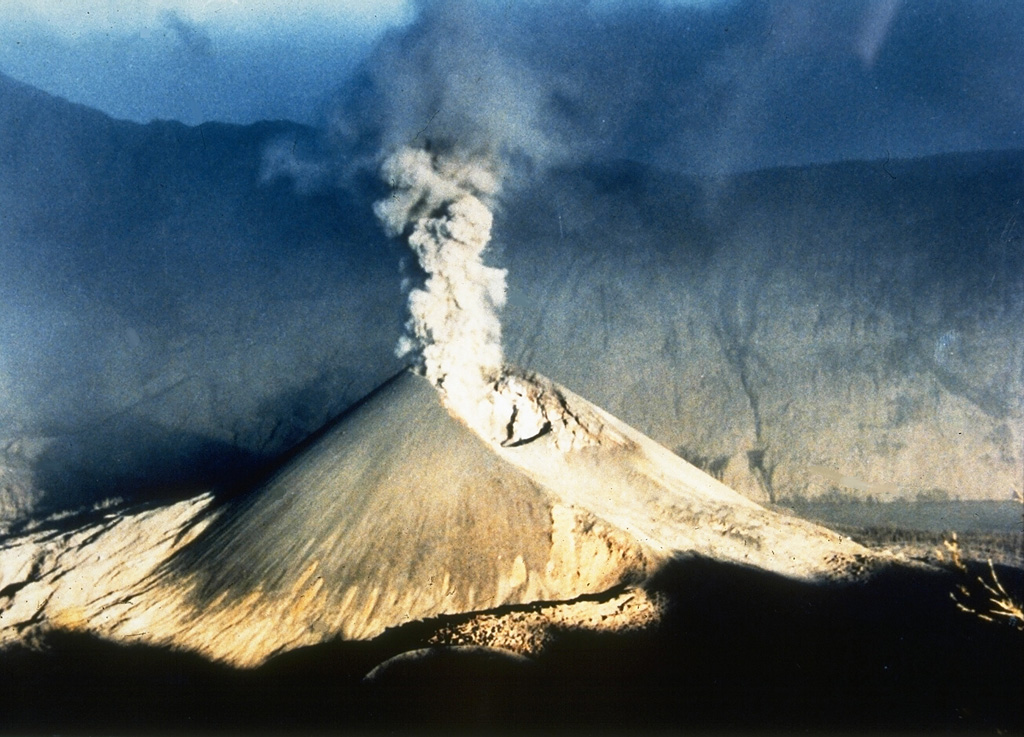 An ash plume rises above Barujari cone of Rinjani volcano on 30 June 1994, with the S Segara Anak caldera wall in the background. Intermittent eruptions took place from 3 June until 21 November and produced plumes up to 3 km above the crater and a lava flow on its N flank.