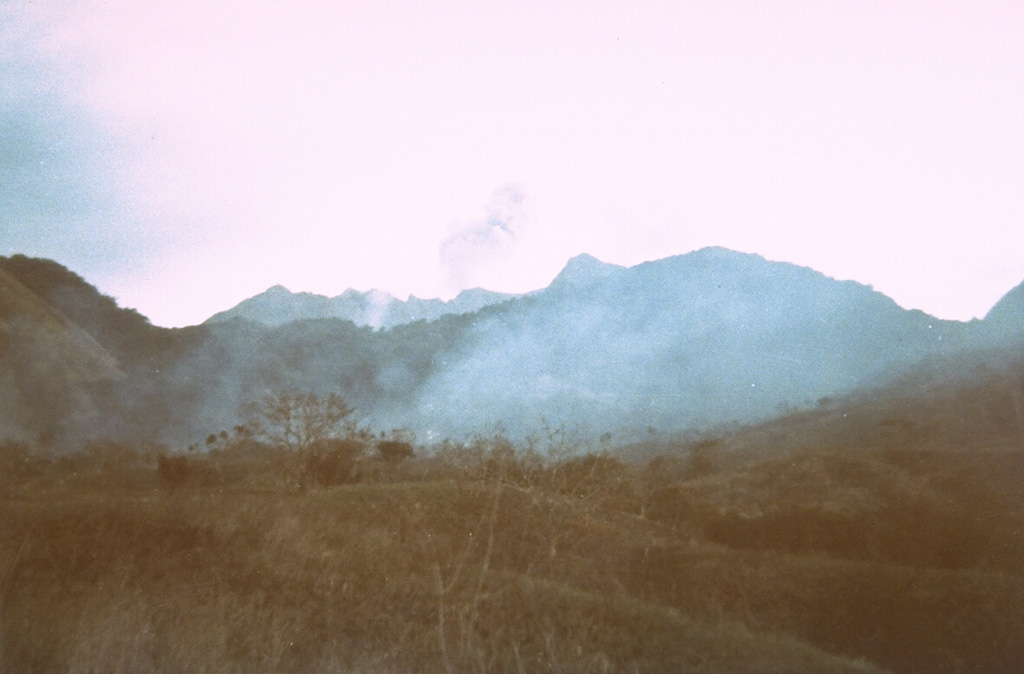 An eruption of Doro Api at Sangeang Api volcano is observed from the village of Doro Mewanga on 18 September 1964. The eruption began on 29 January 1964 and lasted until the end of 1965. During the eruption strong explosions took place from the summit crater and a lava flow traveled down to 750 m elevation.