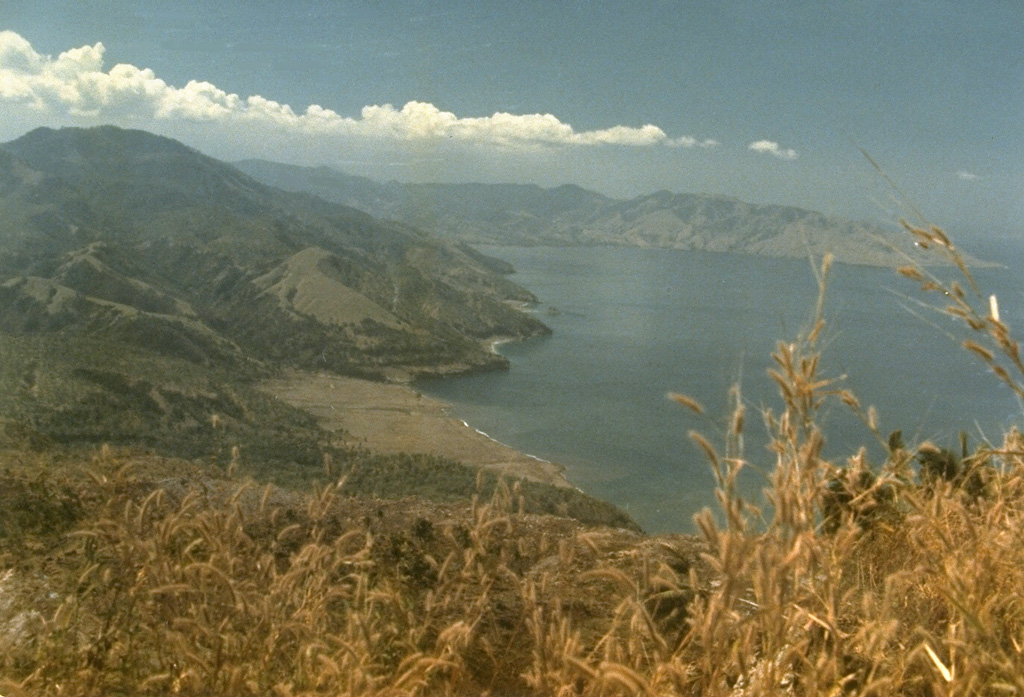 A landslide in 1979, not associated with an eruption, originated from the northern end of the Iliwerung volcanic massif. The resulting debris avalanche swept into the Indian Ocean at a high velocity and produced a tsunami that scoured the shoreline of Lembata (Lomblen) Island, killing more than 500 people. The extent of the runup of the tsunami can be seen forming the flat barren area in the center of the photo, which was taken from the SW on 27 July 1979, shortly after the tsunami.