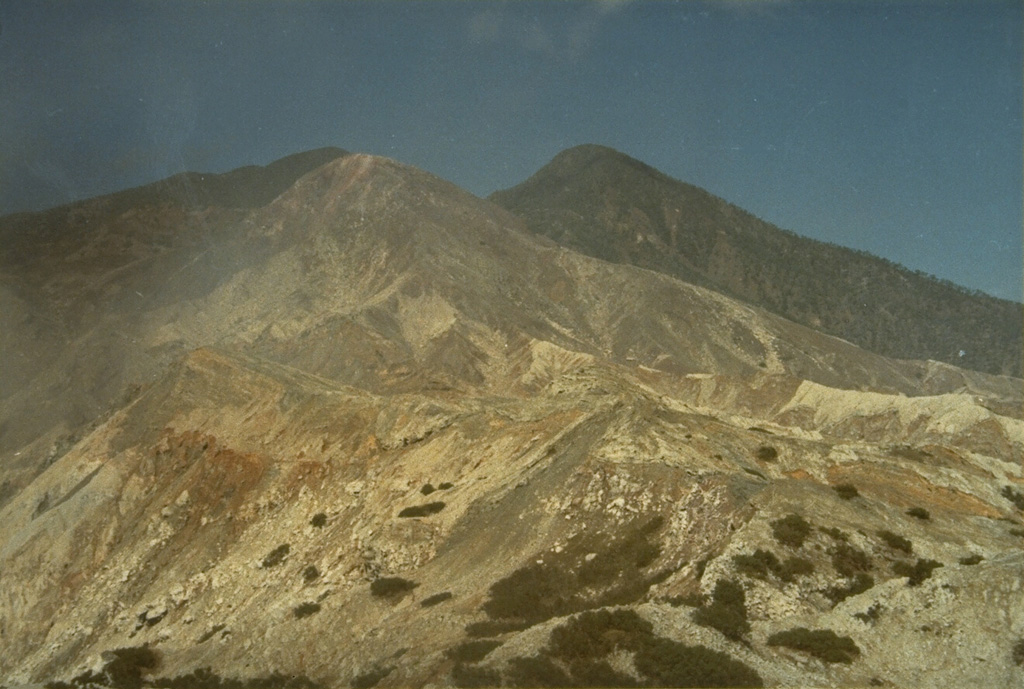 Sirung volcano, seen here from the north, lies at the NE end of a 14-km-long line of volcanic centers forming a peninsula at the southern end of Pantar Island. A 2-km-wide caldera at the summit has been the source of small phreatic eruptions during the 20th century. A lava dome (right) forms the 862-m-high summit of the volcano at the west side of the caldera.