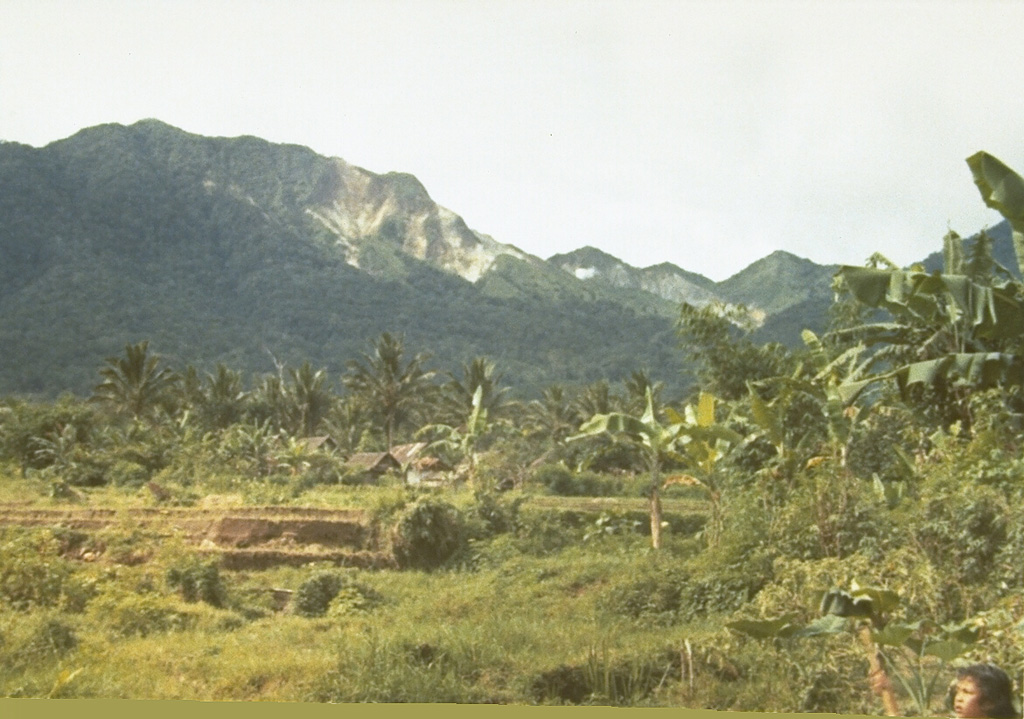 The compound volcano Ambang, seen here from Purworejo village, is the westernmost of the active volcanoes on the northern arm of Sulawesi Island. Five fumarole fields are located near the summit. An eruption in the 1840's is the only one known from Ambang volcano. 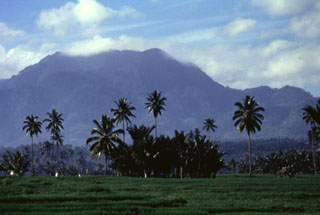