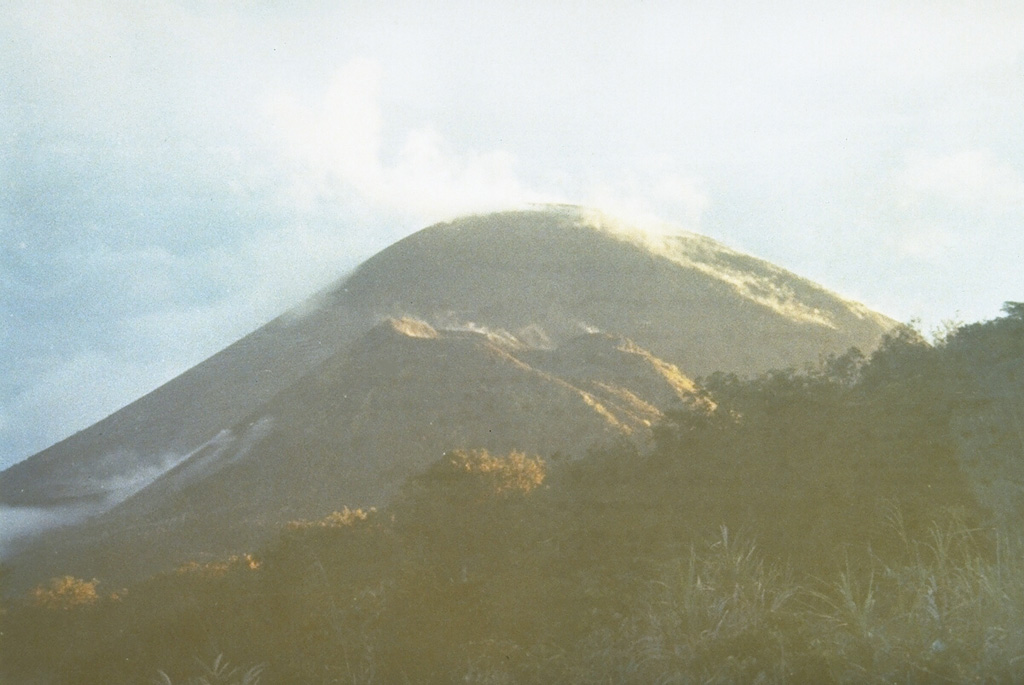 Soputan volcano, a small 580-m-high stratovolcano, seen here from Bukit Keledondei on the NE side, is a youthful, largely unvegetated volcano with a prominent flank cone, Aeseput, visible here in the center of the photo. Soputan is one of Sulawesi's most active volcanoes; both it and Aeseput, which was formed in 1906, have erupted frequently since the 18th century.