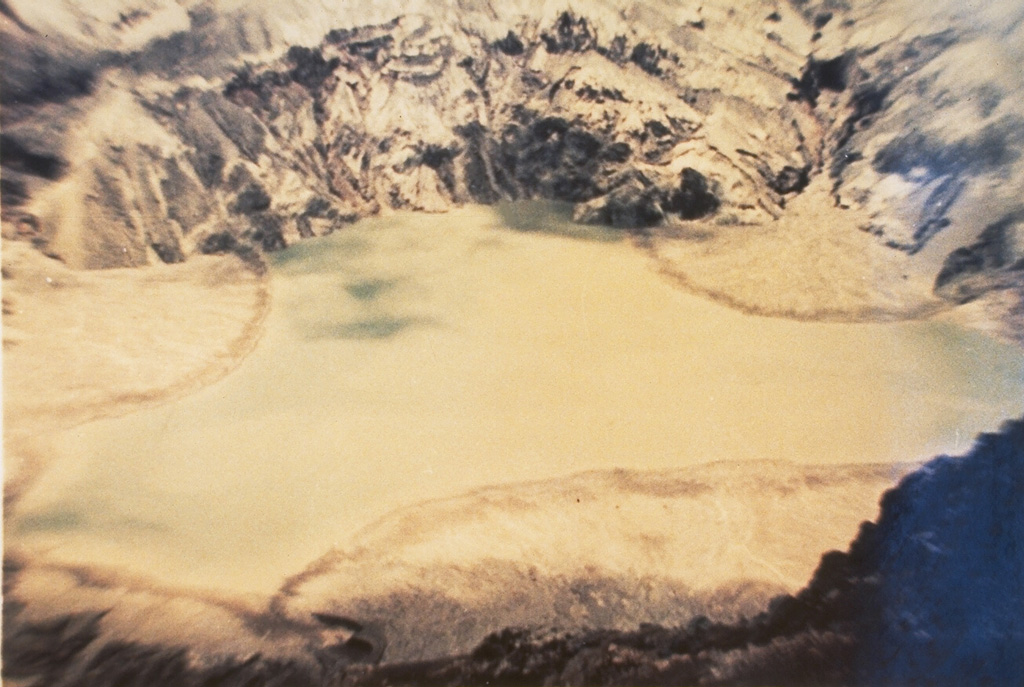 A 1.5-km-wide, 400-m-deep crater at the summit of Gunung Awu volcano has produced many powerful eruptions since the end of the 17th century, many accompanied by pyroclastic flows and lahars that devastated areas around the volcano. Awu's crater contained a 170-m-deep crater lake in 1922, which was largely ejected during a major eruption in 1966, prior to this 1973 photo.