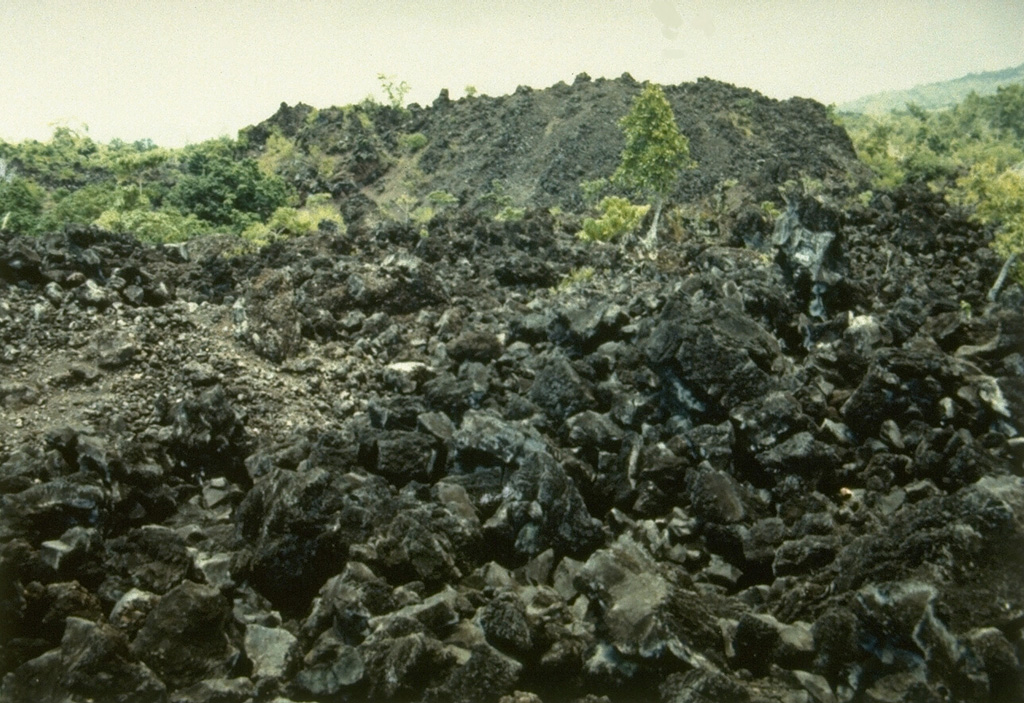 The blocky Batu Angus lava flow traveled from the summit down the northern flank to the sea during an eruption from March 10-13, 1737. The lava flow forms the irregular northern tip of Ternate Island.