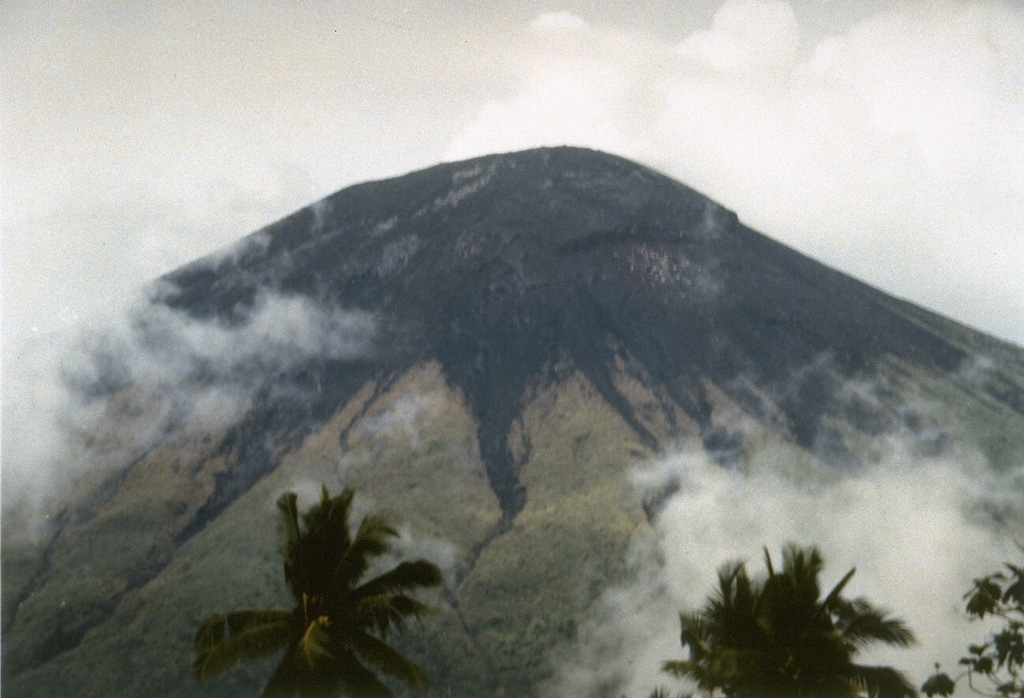 Gamalama volcano (also known as the Peak of Ternate), one of the most active volcanoes of Indonesia, forms Ternate Island off the western coast of Halmahera. The northern and youngest of three cones forming the summit of Gamalama is seen here from the NE. Unvegetated areas in this 1994 photo consist of the ejecta blanket from recent explosive eruptions. Frequent eruptions have occurred since the 16th century, most of which originated from the summit vent.