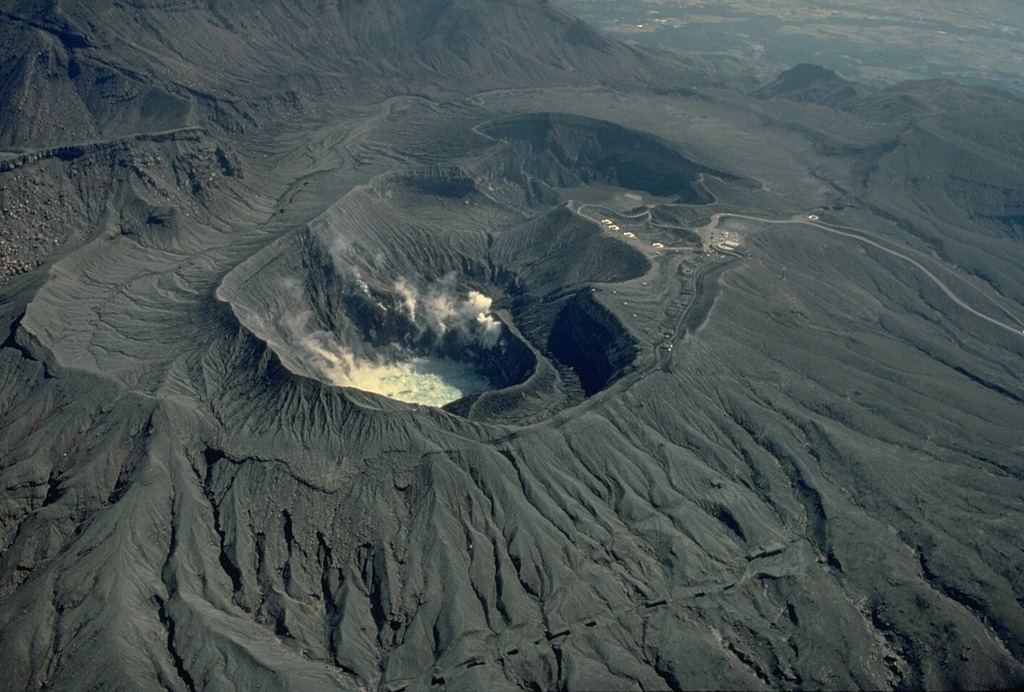 A group of overlapping craters marks the summit of Naka-dake volcano one of Japan's most active volcanoes. Seen here from the north, steam rises from a hot lake in the near crater and from fumaroles along its wall. Frequent explosive eruptions deposit ash and blocks on the flanks of the cone, leaving it unvegetated. A parking lot can be seen on the west rim of the crater, which is one of Kyushu's most popular tourist destinations.