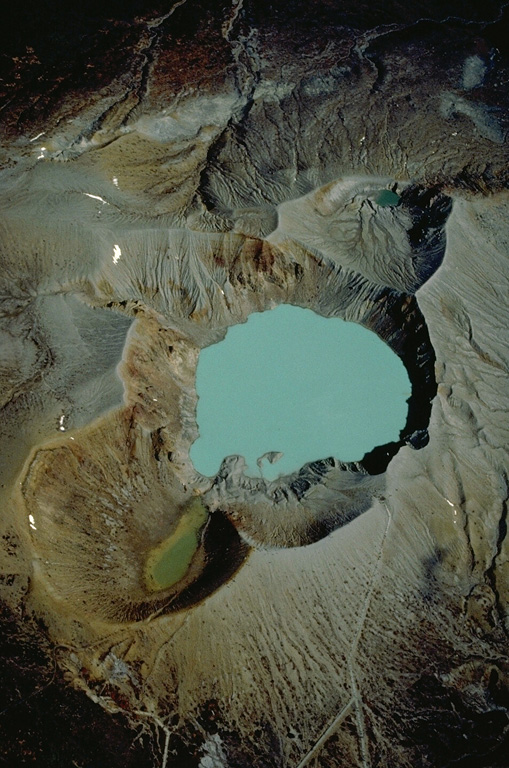 A near-vertical 1981 aerial photo looks down on the summit craters of Kusatsu-Shirane volcano, with NE at the top of the photo. Three partially overlapping craters form the summit. Kara-gama is at the bottom, the lake-filled Yu-gama at the center, and Mizu-gama at the top. Eruptions, mostly consisting of small-to-moderate phreatic explosions, have occurred from all three craters during historical time, with Yu-gama being the most active. Prior to an eruption in 1882, Mizu-gama and Yu-gama contained clear lakes with vegetated shores.