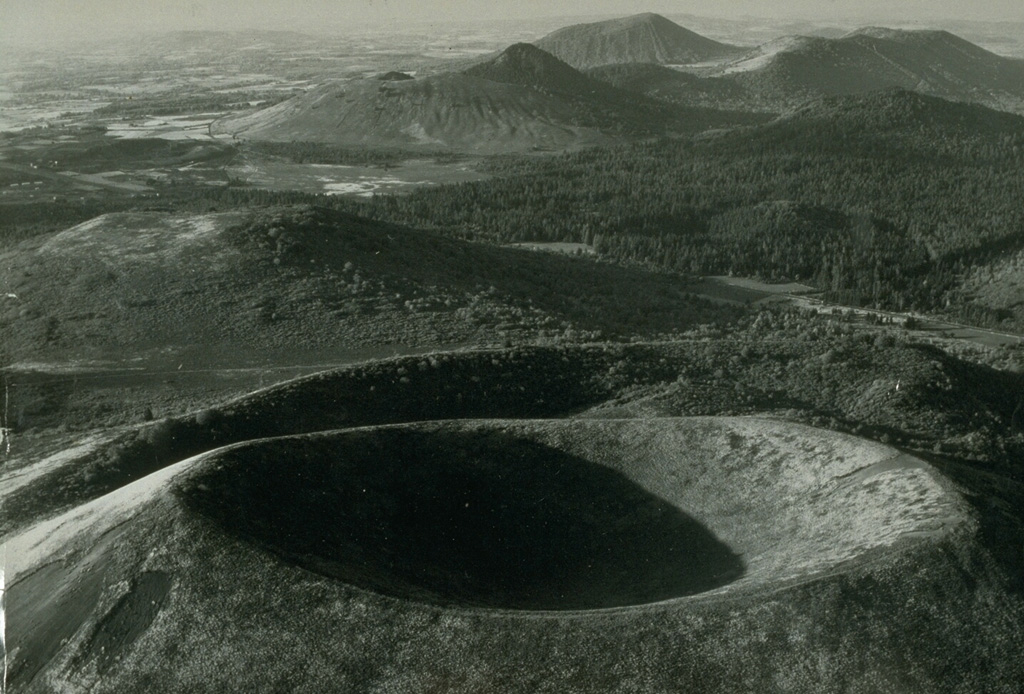 The Chaîne des Puys is a N-S-trending chain of cones, maars, and lava domes in the Auvergne region of France. The Puy de Pariou crater in the foreground is a tuff cone that grew about 8,200 years ago within an earlier tuff ring, whose rim appears immediately behind Pariou crater. A lava flow traveled 8 km W to near the present-day city of Clermont-Ferrand. The sharper peak in the background is Puy de Chopine, whose complex history ended with domal uplift.