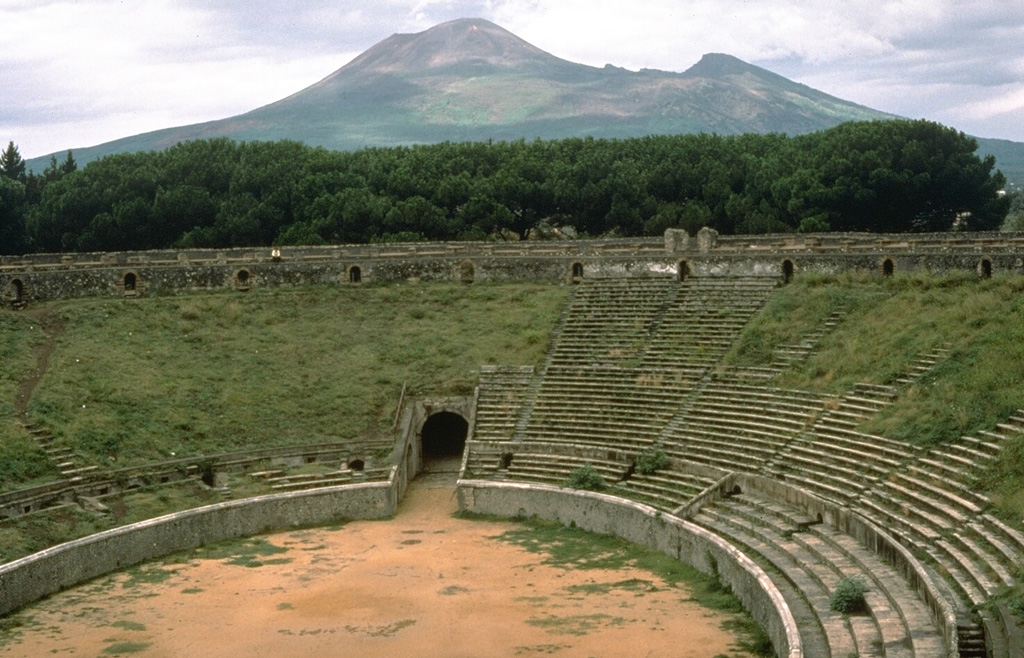 Vesuvius rises above an excavated stadium in the buried city of Pompeii. The 79 CE eruption began on 24 August with phreatomagmatic explosions that produced widespread ashfall. Many residents of Pompei and other towns had evacuated prior to the onset of devastating pyroclastic flows the following day that swept over broad areas as far as 30 km from the volcano and caused several thousand fatalities.