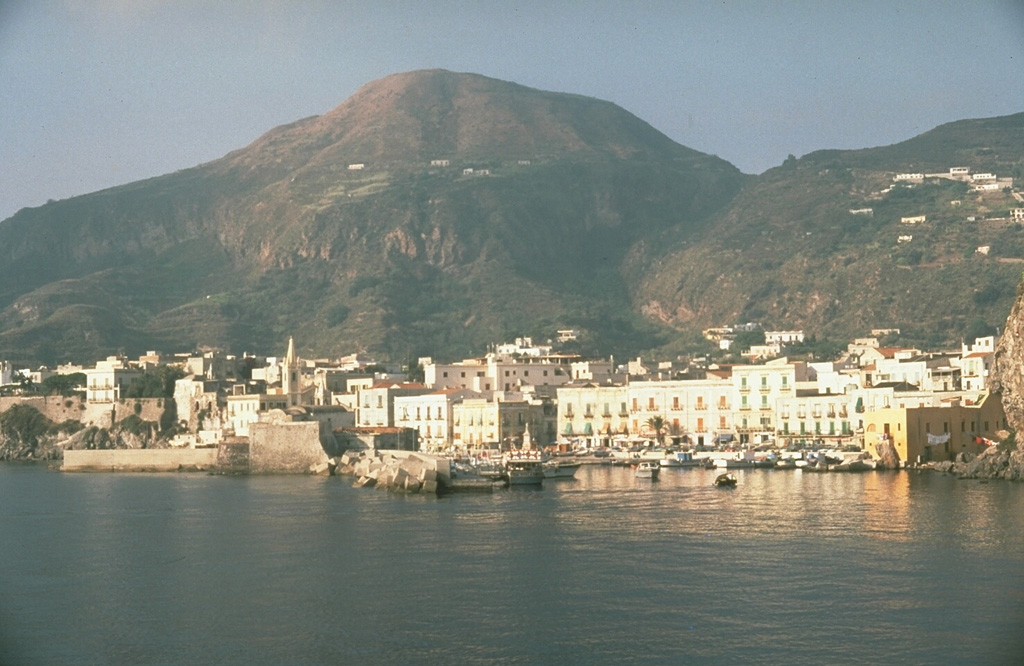 Lipari, the largest of Italy's Aeolian Islands, was constructed during four eruptive cycles beginning around 100,000 years ago. Monte Giardina lava dome on the S side of the island, seen here from the NE with Lipari city in the foreground, formed during about 23,000 to 17,000 years ago. Holocene eruptions formed the Pomiciazzo lava dome and the Rocche Rosse and Forgia Vecchia obsidian flows. 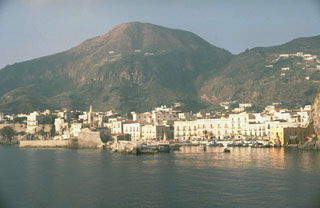