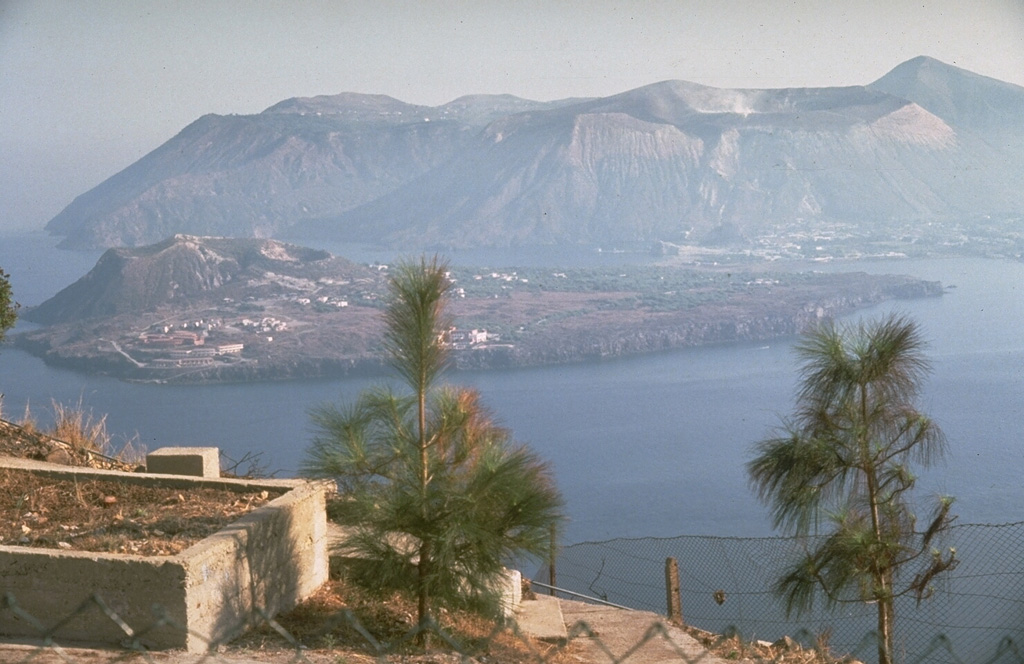 The island of Vulcano in Italy's Aeolian Islands is seen here from the volcano observatory on the island of Lipari to the north, with the volcanic peninsula of Vulcanello, initially formed in 183 BCE, in the foreground and Fossa cone in the background. Vulcano consists of at least three volcanic complexes, each of which is truncated by a small caldera. Volcanism has migrated to the north with Fossa cone being the dominant Holocene center. The latest eruption took place from 1888 to 1890.