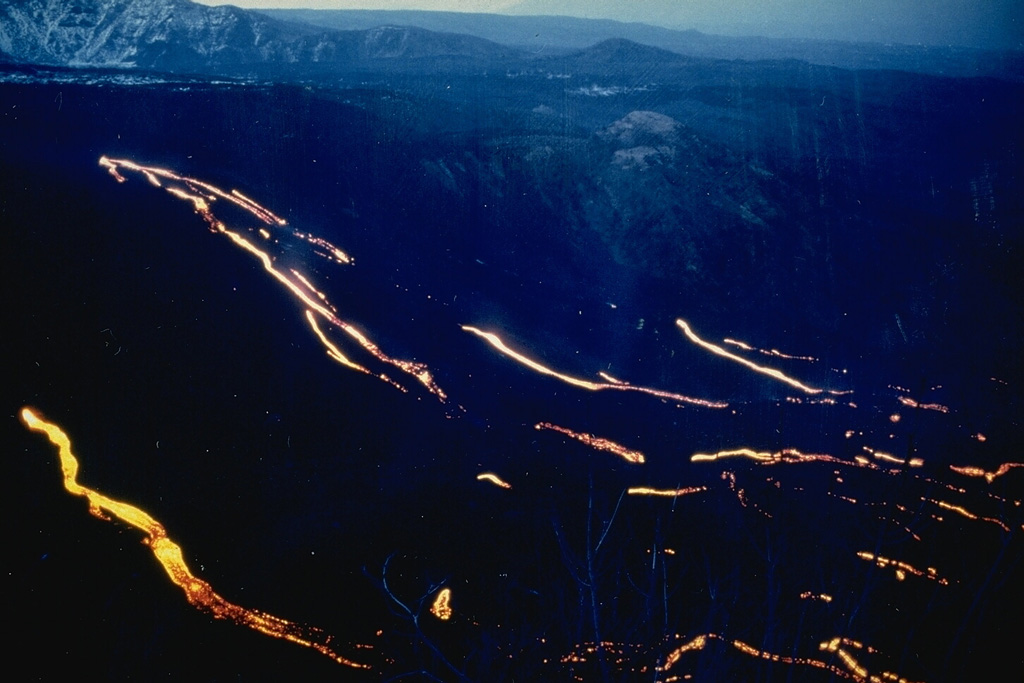 Lava flows descending the Valle del Bove on Mount Etna on 16 March 1992, observed from Monte Pomiciaro Belvedere on the S rim. The eruption, which had begun in December 1991, lasted more than 16 months and was the most voluminous at Etna during the past 300 years.