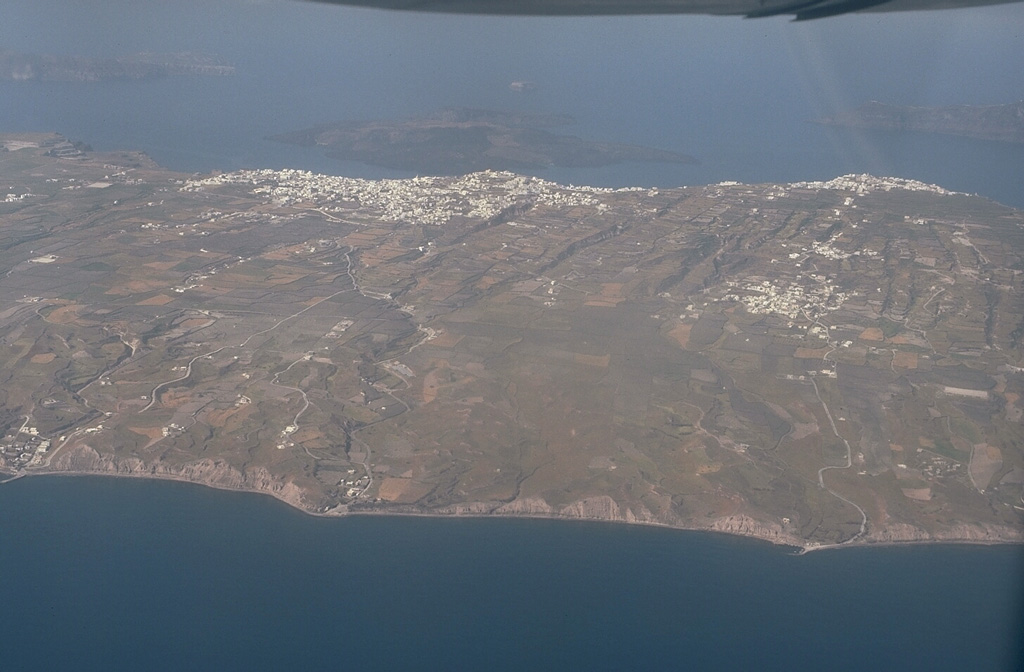 An aerial view from the east overlooks the outer flanks of Santorini's 7.5 x 11 km caldera. The far caldera rim, part of which is flooded by the sea, appears at the upper left and right. The towns of Firá and Merovígli sit on the caldera rim and farms drape the outer flanks of the volcano, which are underlain by deposits from the cataclysmic Minoan-age eruption about 3,500 years ago. The post-caldera islands of Nea and Palaea Kameni (upper-center) were constructed in the middle of the caldera during eruptions dating back to 197 BCE.