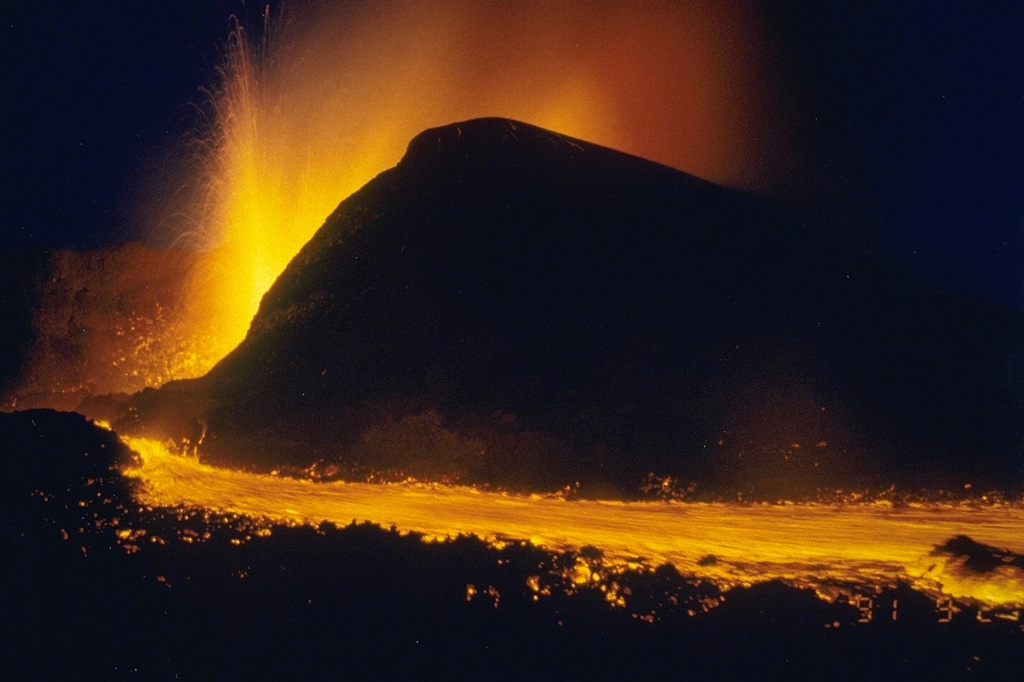 Lava fountains from the new cone of Mikombe on the lower NE flank of Nyamuragira volcano feed the lava flow in the foreground. This photo was taken from the SE on 29 September, nine days after the start of the eruption. During the first week the new cone grew to a height of 60-70 m. Lava flows had traveled 6-7 km NE by the time of this photo. The eruption continued until February 1993, by which time lava flows had traveled 19 km NE.