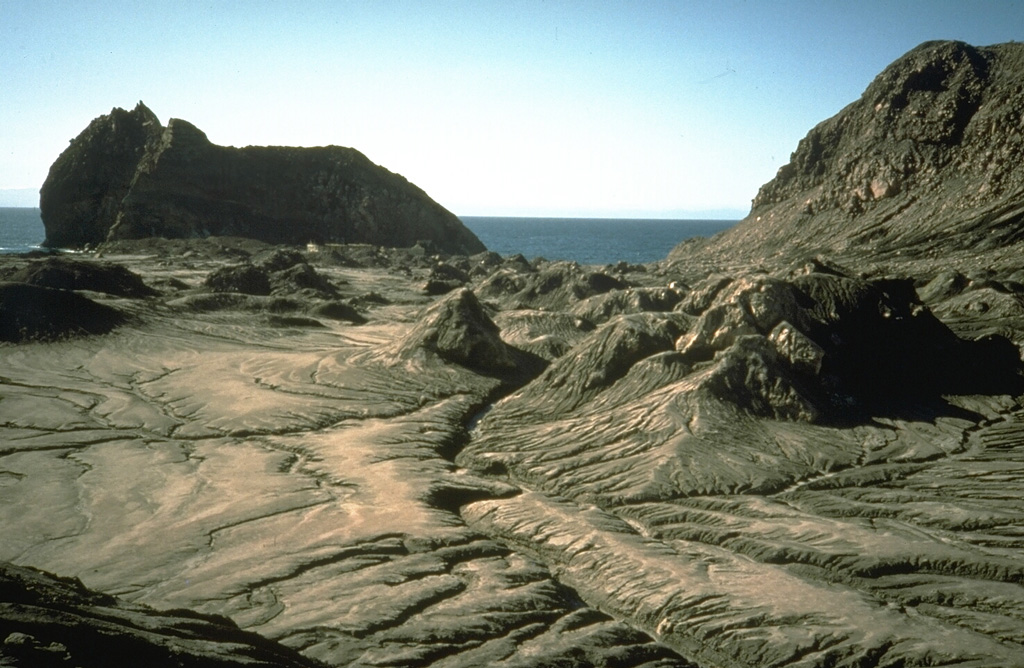 The small hills in the foreground are debris avalanche hummocks from a landslide on White Island in September 1914. The landslide occurred when part of the crater rim collapsed in the absence of any eruptive activity. The high-velocity avalanche swept across the crater floor, destroying the buildings of a sulfur-mining plant and burying 11 workers. The large hill in the background to the SE is not an avalanche hummock but a remnant of the outer crater wall.