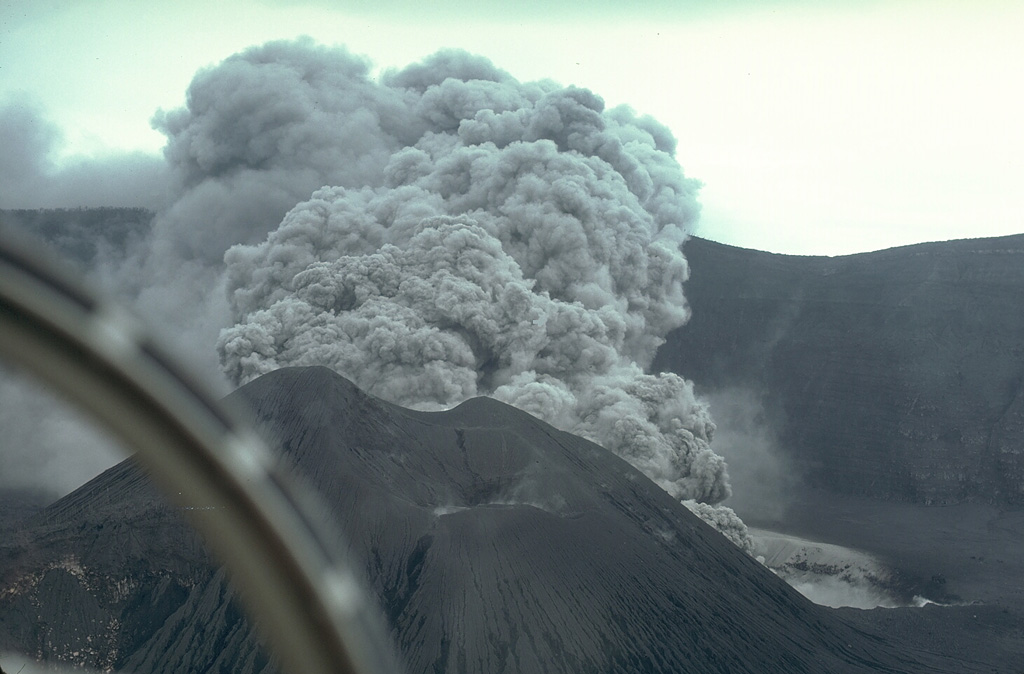 An ash plume rises above a new vent behind Bagiai cone on the floor of Karkar's summit caldera on 17 April 1979. Phreatic eruptions had begun during the night of 12-13 January after six months of increasing seismicity and incandescence. Major phreatic explosions from the new vent on 8 March devastated the caldera rim area, killing two volcanologists who were monitoring the eruption. A new crater formed and intermittent moderate-to-strong explosive activity continued until 9 August.