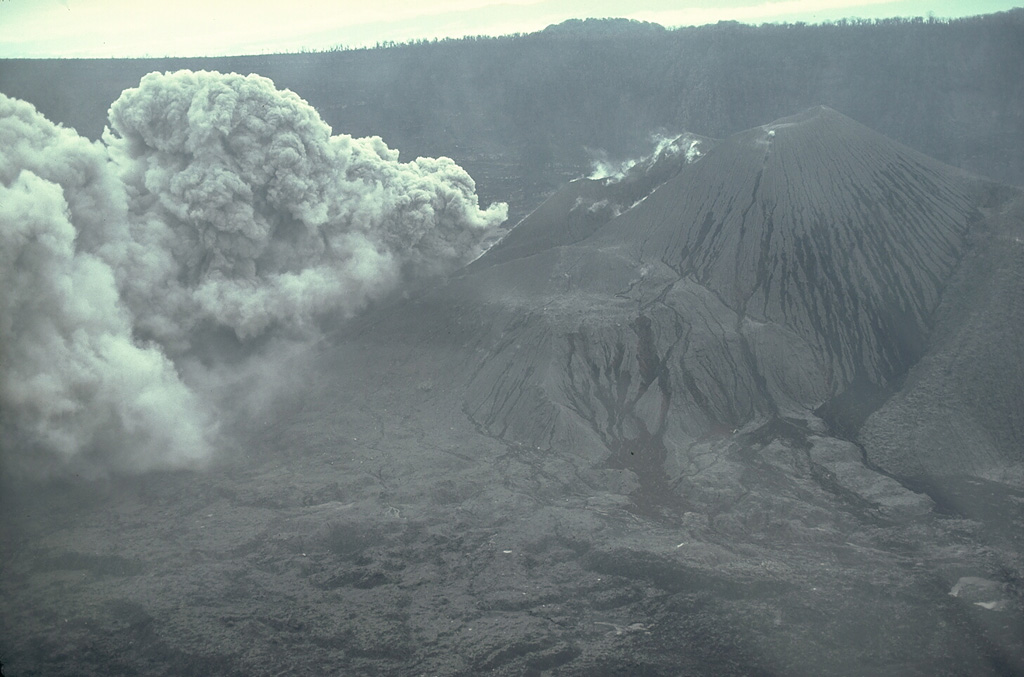 A new vent on the floor of Karkar's inner caldera began erupting on 12 January 1979. On 8 March a major phreatic eruption from the vent produced a directed explosion that devastated an area on the southern caldera rim. The explosion enlarged the January crater to a diameter of 300 m and a depth of 200 m. This 17 April view from the NE shows a low ash plume rising from the new crater.