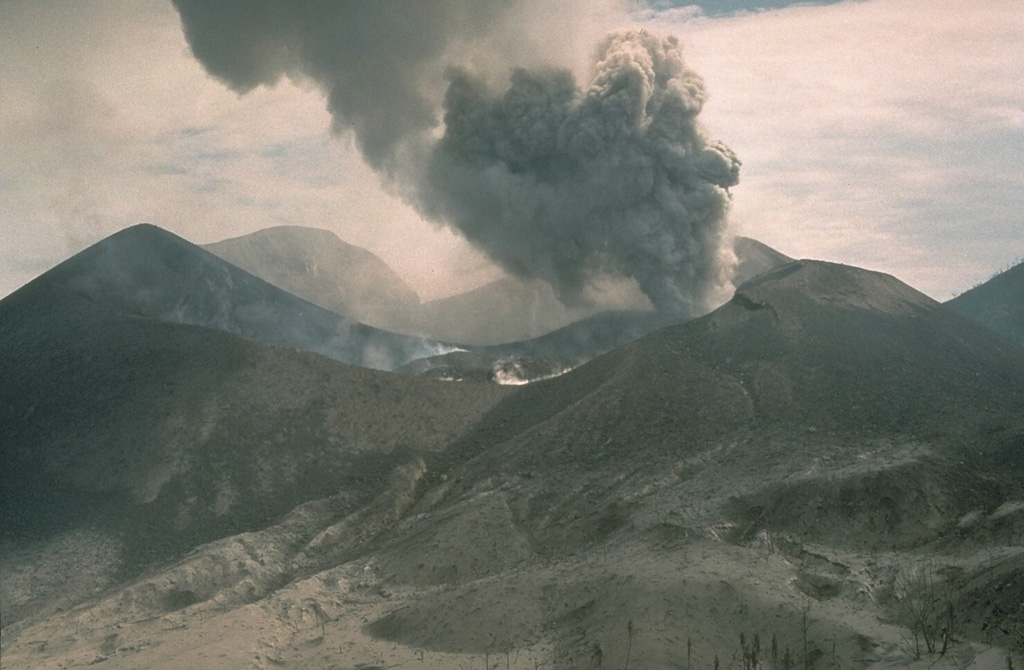 Lava in the center of the crater of Tavurvur volcano on 7 October 1994 as an ash plume rises from a vent to the E. Impact craters from volcanic bombs ejected by the volcano can be seen in the foreground on the flanks of the cone. Explosive eruptions from Tavurvur began on 19 September. Ash plumes initially reached a maximum height of 6 km, although typical heights were 1-2 km. A small lava flow was first seen in the summit crater of Tavurvur on 30 September.