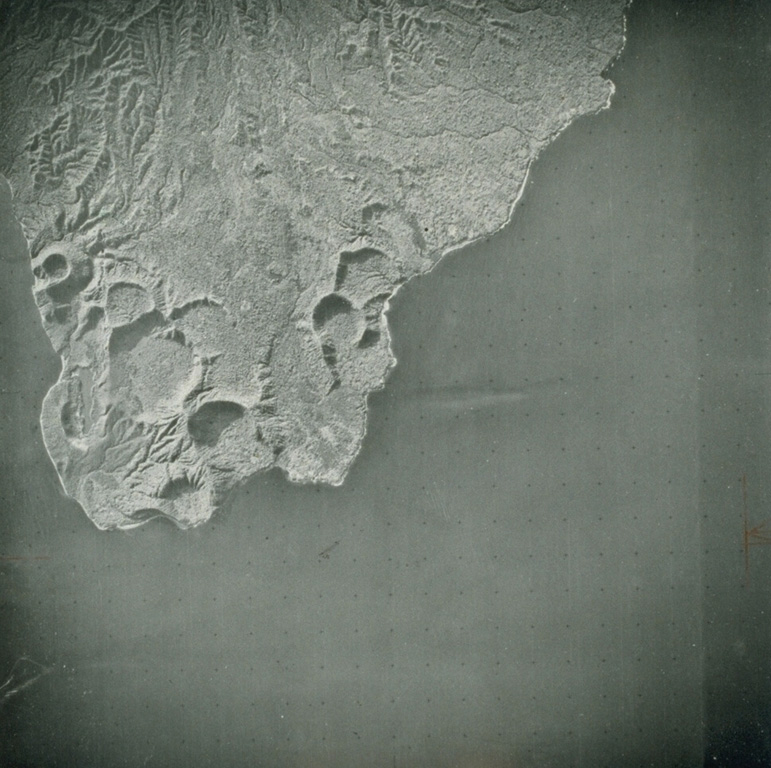 A series of basaltic tuff rings and a scoria cone occupy the western tip of Ambrym, at the subaerial end of a fissure system that cuts across the length of the island. The largest tuff ring is about 1 km in diameter. The tuff rings were produced by phreatic eruptions when magma interacted with the water table or near-surface, water-saturated sediments along the coast. At higher elevations along the rift zone, scoria cones predominate.

Photo by Hunting Surveys, London (published in Green and Short, 1971).