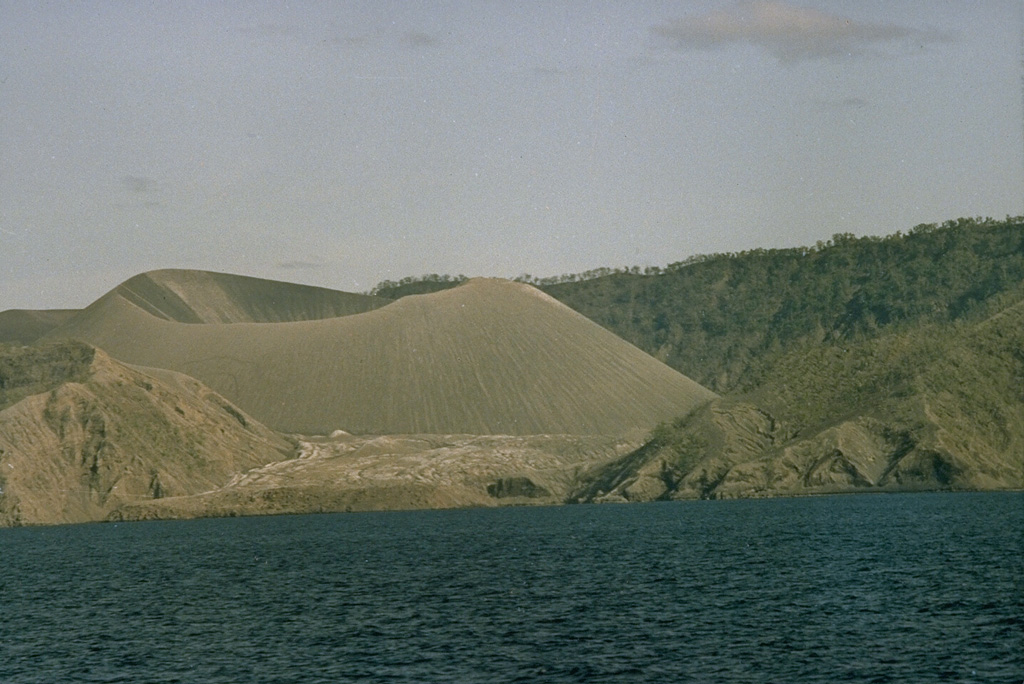 An eruption in 1991 dramatically modified the morphology of the central scoria cone on the small Barren Island, one of the Andaman Islands, north of Sumatra. During the eruption the height of the cinder cone was reduced from 305 to 225 m, and the diameter of its crater increased from 60 to about 200 m. Two small scoria cones also formed in the lava field west of the main cone.