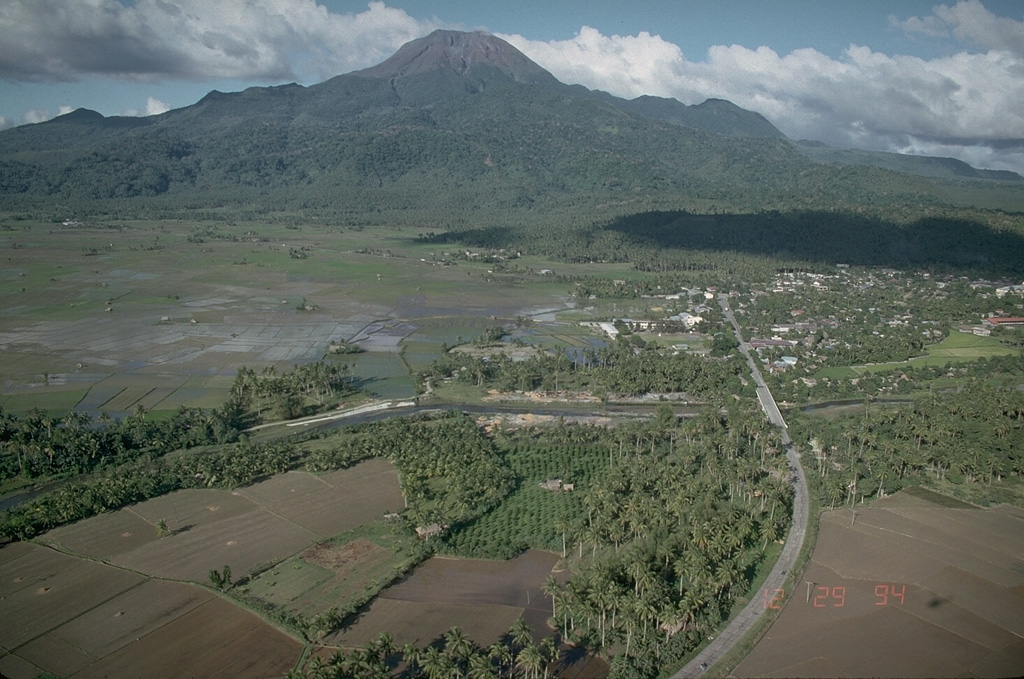 Bulusan, seen here from the south, rises above the low-lying floor of Irosin caldera. It is the youngest of several cones and lava domes constructed within the caldera. The city of Irosin is the largest of several towns within the caldera, which was formed more than 36,000 years ago. Historical eruptions of Bulusan have been restricted to vents at the summit, although flank vents also are found low on the SE side.