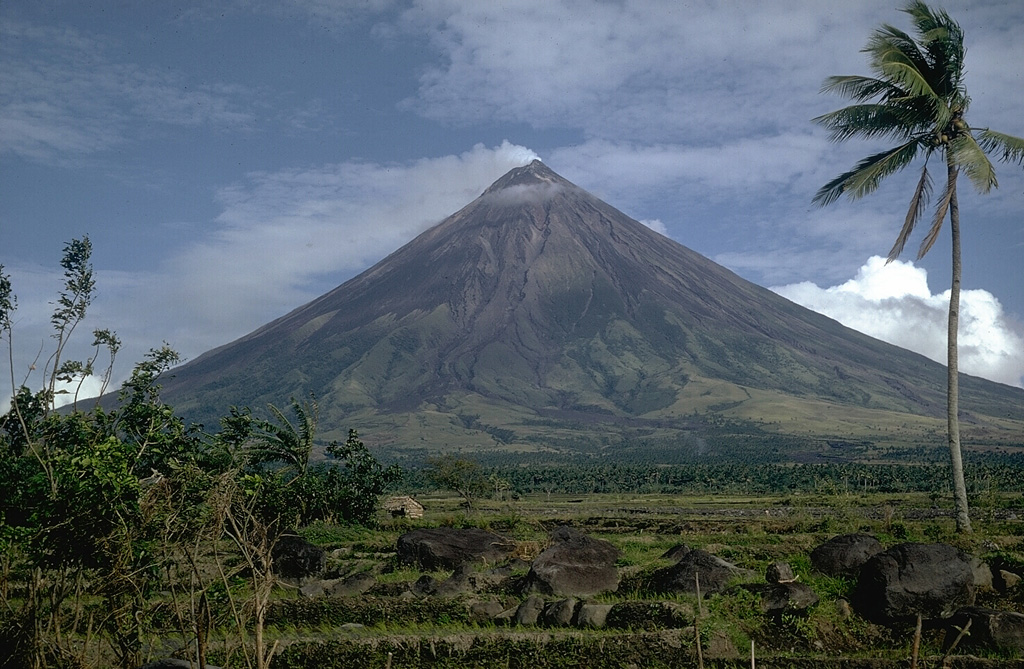 Mayon in SE Luzon is one of the most active volcanoes in the Philippines. It rises above the Albay Gulf and is the result of eruptions from a single central conduit. Frequent eruptions have been recorded since 1616 and have typically included powerful explosive activity accompanied by pyroclastic flows, lahars, and lava flows that descended to the lower flanks.