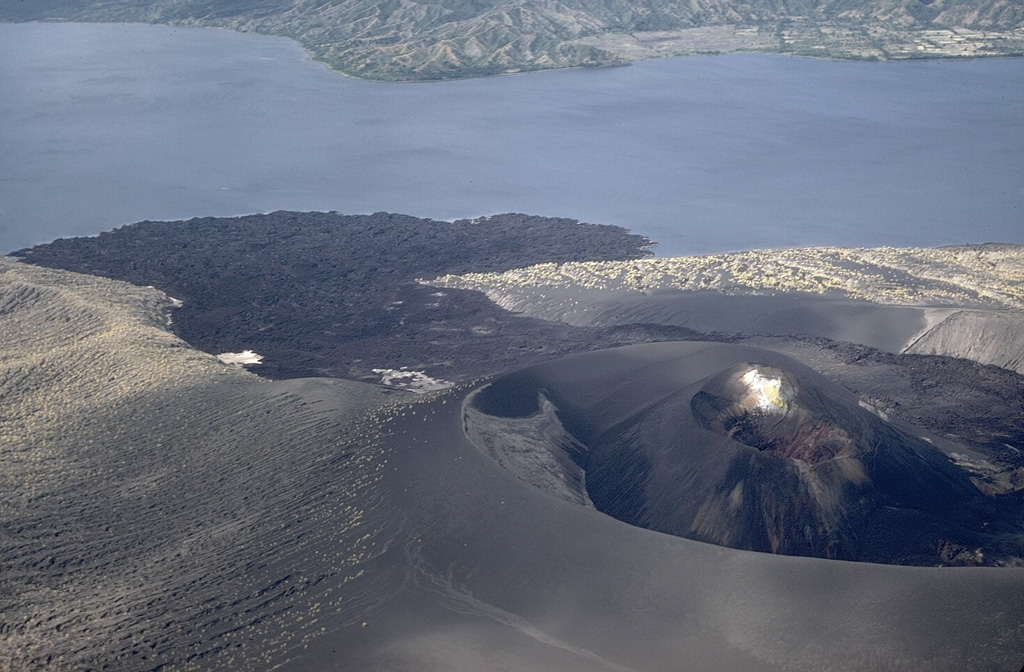 An eruption that began on 31 January 1968 produced the Mt. Tabaro scoria cone on Volcano Island in the Taal caldera. The lava flow forming the lava delta was emplaced during this eruption, which lasted until 2 April. This December 1968 aerial view from the lava flow traveled to the lake within the crater produced during the major 1965 eruption.