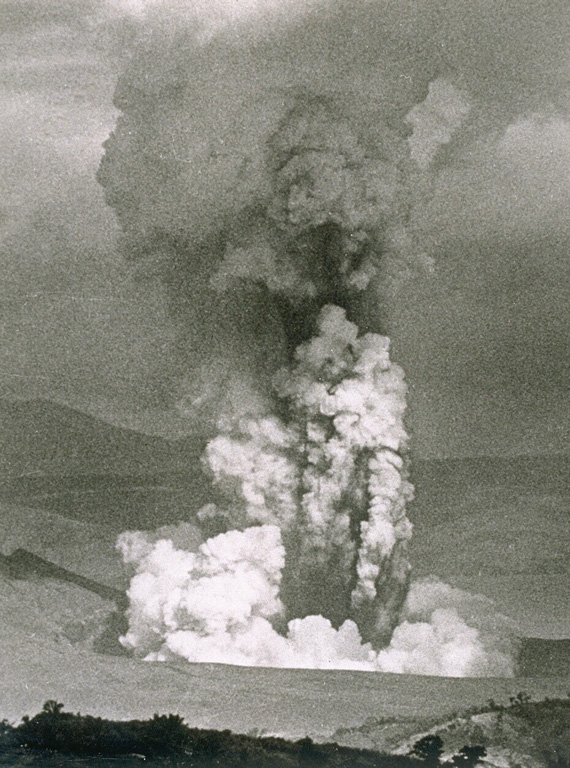 An ash plume rises above a vent on the SW side of Volcano Island on 30 September 1965. The white plume at the base is a horizontally moving base surge. Devastating pyroclastic surges were produced during the two-day eruption, which began on 28 September and caused 150 fatalities.