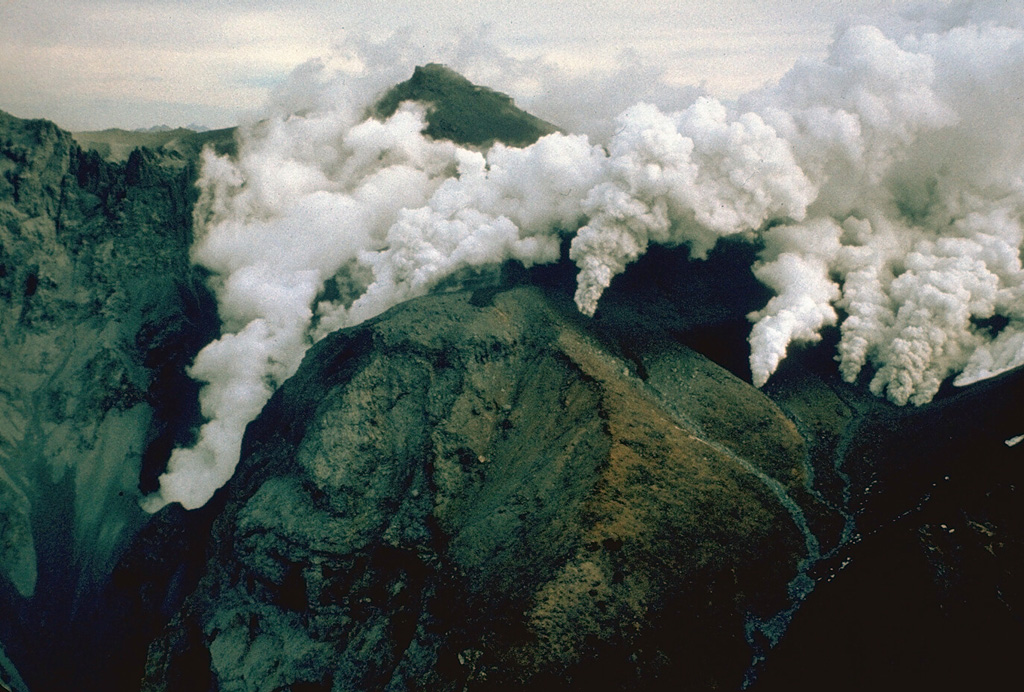 Plumes rise from a series of vents 300 m S of the summit on 29 October 1979, the day after the start of the first historical eruption at Ontake. During the first day of the eruption ash and lapilli were ejected in an ash plume that reached 1.5 km above the vent. Steam and gas emission with periodic minor ashfall continued for several months. No fumaroles existed at this location prior to the eruption.